Manchester residents rush to help those fleeing the scene of carnage 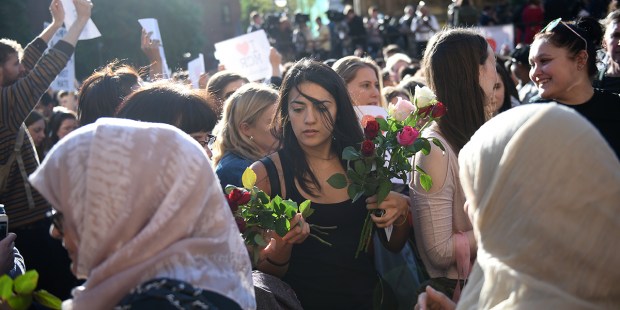 Community respond to terror with acts of kindness

James Corden, the host of CBS’s Late Late Show, summed up the spirit of the Manchester, England, in a tribute to that city on the night of the terrorist attack that left 22 dead and 120 injured.

“When I think of Manchester, of the place that I know, I think of the spirit of the people there and I’m telling you, a more tight-knit group of people, you will be hard-pressed to find.”

Stories on social media and in the news have emerged to prove Corden right. Shortly after the attack, Mancunians (as they are called) rushed to offer free taxi rides, open their homes to those fleeing the attack, assist emergency personnel and help reunite victims with their families:

• A number of taxi drivers offered free rides to victims, including “AJ” who put up a “Free Taxi” in his cab after the attack.

Men like AJ. Working his taxi free of charge through the night in Manchester. A beautiful soul. pic.twitter.com/0QG9Z2bxY9

I'm 3 Minutes From Victoria Station With A Comfy Sofa, Wifi, Chargers & Teabags. DM Me If You're Nearby & Stranded. #RoomsForManchester

• Reports emerged that cafes were offering free drinks for the police and emergency personnel, and that people were lining up to donate blood, according to the BBC.

• Paula Robinson, who happened to be passing by the concert hall when she heard the explosion, led 50 young teens to safety in a local hotel, and helped them reunite with their families, according to a report in The Telegraph.

Mayor Burnham praised the conduct of his city’s residents. “They responded in the best possible way with generosity, with kindness, that was I think humbling,” he told the BBC.

“And I think that sends a message to the whole world about what kind of people we are here.

“In this darkest hour – every single person in greater Manchester will be proud that people responded in that particular way and I’d like to thank them for doing that.”