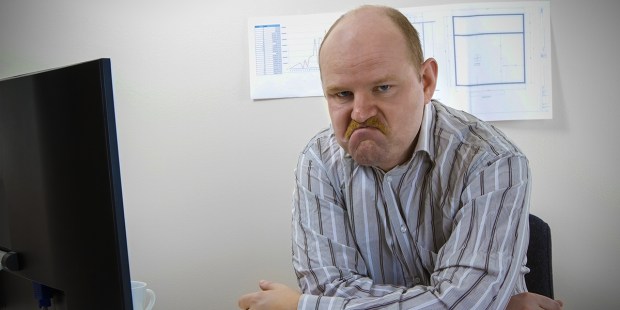 Albert Cortina and the antidote to posthumanism, which is on the horizon

What we have always understood by “being human” until today is going to change radically. Singularity University already exists in Silicon Valley, California. The number of institutes and professorships studying transhumanism and posthumanism is multiplying every day.
The hybridization of human beings and machines is increasing. Series like Black Mirror are no longer as much science fiction as they seem. Proponents of these tendencies say that we will no longer die, and that science is going to overcome the limits of the human condition, especially suffering, sickness, aging, and death.
Let us listen to Albert Cortina, who is an expert in this topic and the author of various studies on the posthumanist phenomenon. Cortina divides people into four groups according to their reaction to this phenomenon:
1) Technoskeptic: someone who is indifferent and incredulous, and who denies the reality of this technological invasion.
2) Technoconservative: someone who thinks that we should put the brakes on these developments, regulate them, and prohibit some of them.
3) Technoprogressive: someone who thinks that this revolution is unstoppable, and that the best thing is to adapt to the changes, seeking preventative solutions to problems that could arise.
4) Technoenthusiast: someone who holds that we should accelerate all advances in this area, because the convenience of emerging biotechnologies will solve all our problems.
Albert Cortina, who is also a lawyer and town planner, explained his perspective at the University Athenaeum Sant Pacià of Barcelona, where he recognized that “the transhumanist ideology is not very well known, and it casts even more uncertainty on the already mysterious future. In fact, today we don’t know who is planning and building the future.”
“We want to develop biotechnologies exclusively to overcome the current environmental crisis and return our habitats to their natural state, and we ask ourselves if we should merely interact with artificial intelligence, or integrate ourselves with it, forming a hybrid,” Cortina explains.
“One of the risks of technologically modifying the human condition is the loss of that condition,” he warns.
Volatility and uncertainty are two current trends that define the cultural panorama in which this transhumanist and posthumanist movement has been created.
By volatility of systems and of frames of reference, we mean that the future is perceived as being dark; there is a certain pessimism, and the past is systematically forgotten.
On the other hand, there is uncertainty regarding the future, and a hyper-acceleration of processes.
Technoeuphoria is quite at home with the concept of “desire,” and is impregnated with “instantaneousness,” a “culture of urgency,” “excess as the norm,” and the “pleasure principle.”
What does transhumanism want to overcome?
• Suffering
• Illness
• Aging
• The inevitability of death
Nick Bostrom is one of the leaders of this movement. He defends transhumanism as a cultural, intellectual, and scientific movement with the moral duty to use technology to help overcome the limitations of sickness and the inevitability of death.
One of the transhumanist premises is that human beings are not the end of evolution, but rather the beginning.
Faced with the worrying panorama we see today, Cortina proposes a recuperation of a holistic view of what it means to be a human being, because one of the risks of transhumanism is that it could put an end to being human. For this reason, he defends the concept of perfecting human existence, rather than improving it.
“We come from the context of atheistic, existentialist, and ecumenical forms of humanism … but at least they were forms of humanism, and they recognized the inherent values of being human,” Cortina concludes. The solution is an “form of humanism that integrates [different perspectives] and guides us,” Cortina suggests; “a system of humanistic values revised in a global context and in the light of global ethics.” And, above all, the antidote is an attitude: “Hope,” he concludes.
Albert Cortina Ramos (Barcelona, 1961) is a lawyer and city planner (UAB and UPC). He is the director of DTUM Studio. He has a master’s degree in Regional, Urban, and Metropolitan Studies (UAB, [the Autonomous University of Barcelona]), and is a consultant for governments and private agencies for the implementation of regulatory policies and instruments, and planning and management of cities, land and landscapes.