Egypt is suffering unrest after the pope’s visit 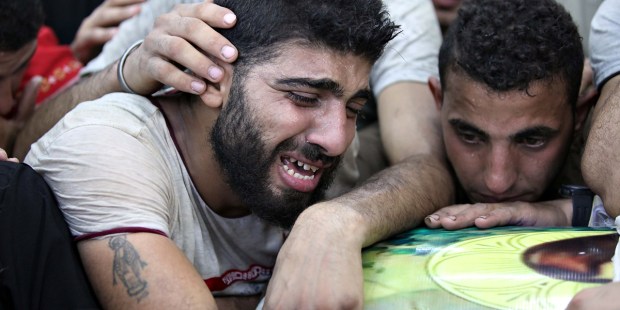 The impact of the trip, according to philosopher Massimo Borghesi

Keep the doors open to both Islam and to Christians. Dissociate religion from violence. These are the pope’s requests.

Today, Egypt is a country pleasantly surprised by an unprecedented visit. Thinker and philosopher Mario Borghesi was there, and makes present for us the mood of a country whose Spring wants to be reborn. Appropriate educational therapy is required in order to defeat fundamentalism, he affirms.

Borghesi is a university professor in Perugia, Italy, and has taught in various pontifical universities in Rome.

The pope has returned from Egypt. What did he leave behind?

He planted an important seed. The pope’s voyage on April 28-29 was an important event. As the Chaldean patriarch Raphael I Sako said to the Fides news agency, Pope Francis has opened many doors with his words and gestures during this voyage: with Islam, with political authorities, and among Christians.

Let us hope that Muslims will now take advantage of this occasion and this support that the Church is offering them. I stayed in Egypt for a few days afterwards, and I saw the great impression that this visit made on the whole country. Everyone was surprised, and they realized that something new had happened.

The Christians were happy; certainly, the pope’s visit was a great consolation for all the baptized in the Middle East.

The Muslims were also pleased, because the pope took huge steps forward with gestures they hadn’t even dreamed of, such as when he embraced Great Imam Ahmed al-Tayyeb and called him “brother.”

Consequently, as Patriarch Sako said, the doors are open, and we are all called to ensure that they don’t close again.

We talk constantly about dialogue and mercy, but the world is full of insecurity and hostility. Does it all depend on education?

Education is fundamental. Tawadros II mentioned this in his discourse welcoming the pope, at the Coptic Orthodox Patriarchate in Cairo. Tawadros mentioned the Brothers of the Christian Schools as an example of teaching: their schools are a place of dialogue and openness towards all—Christians, Muslims, Coptic Orthodox and Coptic Catholics. Such schools are an environment in which friendships arise that can prevent prejudice and hostility, which are a source of religious conflict.

The pope asked that religion and violence be separated. However, there is a kind of violence that uses the name of religion to perpetuate itself.

Pope Francis’ discourse at Al Azhar University, the most important academic institute in the Islamic world, is an open invitation to dissociate religion from violence, and the merciful God from the god of war, which is used by political groups for their own purposes.

His words provide very important support for attempts by Egypt’s president Al Sisi and the Great Imam of Al Ahzar, al-Tayyeb, to purify the Koran’s message from interpretations and deviations that tend to legitimize extremist factions within Islam.

Education and a correct view of religion is, at this time, most urgently needed in Islamic countries. We see it in Pakistan, where, faced with the State’s abdication in matters of education, fundamentalist madrasas have monopolized education for years, with grave consequences. The same thing happens regarding the selection of imams who guide mosques on European soil. Appropriate educational therapy is required in order to defeat fundamentalism.

Europe seems asleep to the incessant drama of refugees. Why is there such insensibility?

Europe and America are gravely responsible for the exodus of biblical scale taking place from North Africa and the Middle East. Since the disastrous war against Iraq in 2004, there has been an unceasing process of destabilization and destruction—both material and cultural—of entire countries. It is an endless tragedy.

The wars against Libya and Syria have been promoted by Western interests with the support of their allies: Turkey, Saudi Arabia, and the Arab Emirates. For this reason, the exodus will not cease until peace is restored in Libya and Syria. European generosity to receive migrants is the price to be paid for its own faults.

Starting in 2004, Western policy towards the Arabic world has proven itself a complete disaster. It has generated Islamic terrorism, which was already beginning during the days of the war in Afghanistan in order to fight Russia, with a result of millions of deaths, the destruction of entire nations, and uncontrolled immigration.

What hope is there for the future?

It’s difficult to say. For now, given the inactivity of America and Europe, peace in Syria seems to depend on a convergence of Russia, Iran, and Turkey. Trump seemed to want an agreement with Russia, but after he bombed Assad’s air base, his intentions are not clear.

In Libya, it’s a matter of reconciling different European interests: Italian and French interests first of all, and then European-American and Russian interests, in such a way that calms the rivalry between the two presidents who currently control part of the country. This period of uncertainty will still last a while. A situation of peace and calm can only truly be achieved when Europe, America, and Russia stop fighting over conflicting interests. The age of globalization guided by one worldwide empire has been a brief and dangerous illusion, which dominated the world since the fall of the Soviet Empire in 1991.

Russia is not a regional power. The West cannot hope to marginalize it. They must include it in the network of alliances. In the same way, China is not to be toyed with, and North Korea is threatening to provoke a nuclear war.  If the nuclear issue isn’t a deterrent, the current partial third world war could become a world war in the full meaning of the term.