Need some help communicating? Take cues from these heroes of the Church 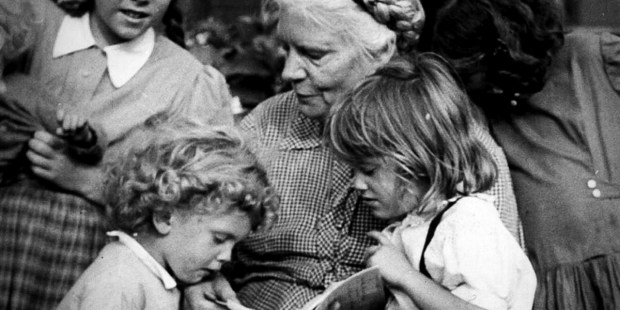 Not only do they give us an example of virtue, they also teach us the art of messaging.

Despite so many “wonderful technological discoveries” in our day (to use the description from Vatican II’s document on communications, Inter Mirifica), communication seems an increasingly lost art. But in this too, the saints and heroes of the Church have something to teach us.

Everyone from Facebook commenters to journalists can learn something from these eight star communicators:

Servant of God Dorothy Day – She used advocacy and watchdog journalism to expose inequities, knowing that eyewitness accounts, facts, and words mattered. Her reports had to move readers to  change laws and answer grievances. Whether it was racial injustice, or worker’s rights, a piece of journalism had to push people out of indifference. She also did the work of studying her faith — reading about the saints’ lives while seeking out good advisors.

Takeaways for us: Check your facts. Write and post to help those on the margins. Learn more about your faith from trustworthy sources, seeking good spiritual advisors.

Blessed Titus Brandsma – The cheerful Carmelite from Holland had a gift for writing in understandable language. In the 1930s, he was a  spiritual advisor to the lay staff of Catholic newspapers. Knowing he was going on a dangerous mission, he began delivering a letter from the bishops telling the editors to defi Nazy orders and refuse to print their propaganda and lies—an act which led to his arrest, internment and death in a concentration camp. He encouraged others to see that the guards were children of God too. His final act of human communication was that of forgiveness, when he told the nurse administering a lethal injection that he would pray for her, and he gave her his rosary beads. The woman would come back to the faith and testify at his beatification.

Takeaways for us: Write and lecture in understandable language. Live the virtue of fortitude with your communications tools. Forgive until the very end.

Servant of God Father Patrick Peyton — Known as the Rosary Priest, Father Patrick Peyton will forever be associated with the slogan “the family that prays together stays together.” With devotion to the Blessed Mother and a “keep-on-keepin’ on” attitude, he was able to draw the support of Hollywood celebrities, even cold-calling Bing Crosby. When a media company gave him support for a national show but put strict stipulations on the deal, including that they couldn’t pray the Rosary, but could promote it during commercial breaks, he took it and went with the advice of New York’s Francis Joseph Cardinal Spellman, “If Our Lady, can’t get a full boat, she will take half, and if she is not even offered a half she will take crumbs.” The show took off.  And as Mary would have it, eventually they were able to produce a religious show, the Marian Hour.

Takeaways for us: Be bold, even and especially in ministry. If they give you part, take it, and then trust—sometimes helping those on the journey to faith is a marathon, not a sprint. And pray the Rosary.

Blessed Oscar Romero – They  jammed the signal of his radio station and bombed his offices so that he could not broadcast his condemnations of injustices against the poor and oppressed. He would get right up again, becoming a trusted news source in war-torn El Salvador. As he said, “We might be left without a radio station: God’s best microphone is Christ, and Christ’s best microphone is the Church…”

Takeaways for us: Stand up for the poor and for human rights with your media tools. Communicate your message  truthfully and with Christian charity. And keep getting right back up again.

Takeaways for us: Be a trail-blazer and a bridge builder through your communication. Bring people together face to face to share ideas.

Venerable Fulton Sheen – This Emmy Award-winning talent brought the message of Christ to thousands. But he was tempted to be prideful. He recognized the temptation, once reportedly saying, “Pride is a danger in the media.  You live in the world of images. You believe you are the image rather than the person you really are.”

Takeaways for us: Be careful not to create a social media persona composed of images that aren’t really you.

Saint Teresa of Calcutta — She lived the communications language of presence.  She couldn’t stand being photographed,  reportedly saying she had to offer up every time someone took her picture. Yet we saw how, from the slums of Calcutta to the AIDS home in New York, she taught her Missionaries of Charity, and the world, that the corporal and spiritual works of mercy needed to be communicated through our everyday experiences and sufferings.

Takeaways for us: Look at the person in front of you. Don’t use the technology as a barrier. Eat a meal with him or her. Know you can’t do anything without the sacraments.

Saint Francis de Sales  — Talk about innovation. During the Reformation, when they wouldn’t let him preach the truth of Jesus Christ, he came up with the tactic to handwrite pamphlets and deliver them under people’s doors. The result? Thousands in the Calvinist territory of Switzerland came back to the Catholic faith

Takeaways for us:  If  they push you down, look up and over and see what is possible. Be shrewd, smile, don’t show your hand, and  just do it, with God right by your side.