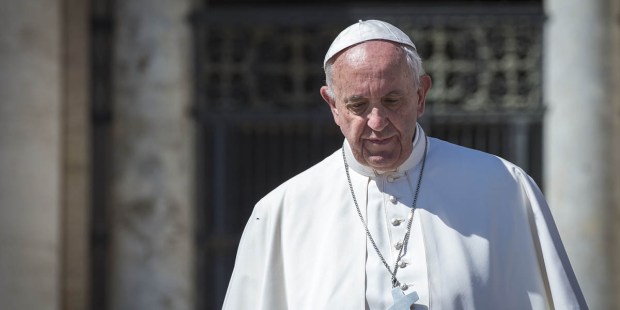 After last year’s failed attempt, Pope Francis and the Holy See are taking renewed action to resolve the political and humanitarian crisis in Venezuela

VATICAN CITY — Pope Francis will receive the Presidential Council of the Venezuelan Bishops Conference in a private audience on Thursday, June 8, the Vatican announced on Tuesday.

According to a statement issued this morning by Greg Burke, director of the Holy See press office: “The encounter was requested by the Episcopal Conference itself, which desires to speak to the pope about the situation in Venezuela.”

Venezuela is in a state of economic and social crisis, with shortages of water, food and medicine. The country also plummeted into a political crisis, after President Nicolas Maduro stated his intention to elect a constituent assembly on July 30.

“We must not reform the Constitution, but apply it,” the Venezuelan bishops have stated, while openly expressing their fear that the move could lead to an even more totalitarian Communist regime.

Stopping the violence, ending repression of the people demonstrating, respecting human rights, reconciliation and peace: these are the demands that the Venezuelan bishops announced a few days ago through the archbishop of Caracas, Cardinal Urosa Savino, Vatican Radio’s Italian edition reported.

The archbishop also urged the police and armed forces to be advocates and guarantors of respect for the Constitution, and peace and coexistence among the Venezuelan people.

“We are confident that the Holy See wants a solution to the crisis,” Venezuelan President Borges said last week after meeting with Vatican Secretary of State, Cardinal Pietro Parolin, Vatican Radio reported.

Last year, the Vatican attempted to mediate the situation in Venezuela through a special envoy. It asked the government to fulfill the commitments needed to begin dialogue with the opposition: restitution of constitutional powers to Parliament; creation of a humanitarian channel for food and medicine; liberation of political prisoners and the definition of a democratic electoral calendar.

Yet the Vatican attempt at mediation was ultimately unsuccessful.

Asked on his return flight from Egypt, in April, if the Holy See is considering renewing its efforts to intervene, and what forms such action might take, Pope Francis said: “Everything possible must be done for Venezuela” but “under very clear conditions.” Otherwise, he said “we are just playing childish games that lead nowhere.”

The arrival of the Venezuelan bishops at the Vatican could therefore signal the Church’s readiness to intervene. For the Holy See the solution lies in new elections, Pope Francis stressed on his return flight from Fatima.

Waves of demonstrations over the past two months have already killed 65 people and led to 3,000 arrests.