7 Great songs written by or about dads 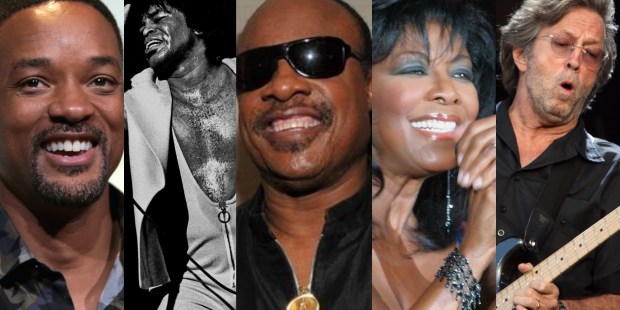 Happy Father’s Day! Here are some songs to keep you rockin’ as you grill!

This weekend we recognize the men who shape our ideas of what a man should be: our fathers. In honor of dads everywhere, we put together this short playlist to get you into the holiday spirit.

Note: Harry Chapin’s “Cat’s in the Cradle” was purposely left off this list due to over-saturation. If you really need it, though, you can listen to it here.

One of several hits off his 1997 album Big Willy Style, Will Smith turned Bill Wither’s classic “Just the Two of Us” into a very personal rap for his son, Trey. Smith originally wrote the lyrics, with the same title, for a children’s book, but decided to use it for his album. He later published the book in 2001.

If you watch closely there’s a shot of Jada Pinkett Smith pregnant with Jaden.

“My Father’s Eyes” was originally released as a single and was later featured on Clapton’s solo album Pilgrim. The recording won a Grammy award for Best Male Pop Vocal Performance.

The song references Clapton’s father, whom he never knew; as well as his son, Conor, who died at the age of four. In his autobiography he comments:

“In it I tried to describe the parallel between looking in the eyes of my son, and the eyes of the father that I never met, through the chain of our blood”

In 1992, acclaimed Jazz singer Natalie Cole had this “Unforgettable” reunion with her father, the late-great Nat King Cole. If only this was performed today, Nat would have been a hologram.

From his 1976 album Songs in the Key of Life, Wonder wrote “Isn’t She Lovely” after the birth of his daughter, Aisha. There are 3 verses of non-repeating lyrics, save for the last line, “Isn’t she lovely, made from love”. The recording initially featured the infant voice of his daughter, but was later edited out for radio versions.

“Father and Daughter” was written for the animated film “The Wild Thornberrys Movie”, but Simon also used it in his album, Surprise. It reached the charts in the UK at 31.

He found inspiration for the piece from his daughter, Lulu. The background vocals are performed by his son, Adrian, who was 10-years-old during the recording.

The Godfather of Funk, James Brown originally recorded this song for a soundtrack which was ultimately rejected. Instead, he released it on his own.

The music features Brown’s usual Funk-Jam style that focuses on rhythm and quick vocal flourishes. He uses his voice as an instrument, often flaring like a trumpet between lyrics. We offer this extended version for some background music at your Father’s Day picnic.

7) The Temptations – “Papa Was a Rolling Stone”

Perhaps this “papa” isn’t the best example of an excellent father, but he was the inspiration for this #1 hit, which won 3 Grammy awards in 1973. Rolling Stone lists it at 168 on their list The 500 Greatest Songs of All Time.