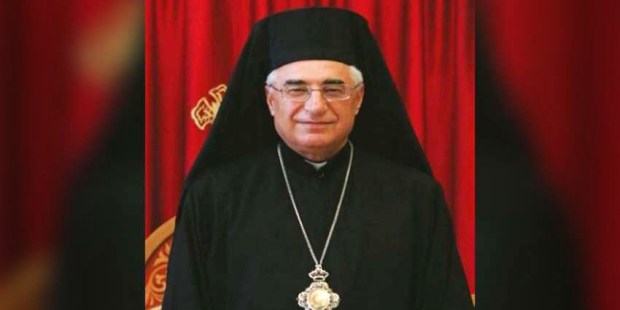 Pope Francis has recognized the election of a new patriarch of a Church based in the Near East, saying his election occurs in the midst of “a delicate situation” and at a time when many Christian communities in the Middle East are called to witness in a special way to their faith in the death and resurrection of Christ.”

Bishop Joseph Absi was elected the new patriarch of the Melkite Greek Catholic Church on Wednesday, a day after his 71st birthday. The election took place a month after Pope Francis accepted the resignation of Patriarch Gregory III Latham, 85.

Taking the name Yousseff, he becomes Greek-Melkite Catholic Patriarch of Antioch, Jerusalem, Alexandria, and of the East.

After the election, he received the “Ecclesiastical Communio” by Pope Francis, according to Fides news service.

In a letter to the new patriarch, the Pope wrote, “In this particularly difficult time, the pastors are called to manifest communion, unity, closeness, solidarity and transparency before the suffering people of God. I am certain that Your Beatitude, in a fraternal harmony with all the Synod Fathers, will know all evangelical wisdom, [not only] serving the faithful of the Greco-Melkite Church, but also a faithful and authentic witness of the Risen One.”

The Melkite Greek Catholic Church is one of about two dozen Eastern Catholic Churches in communion with Rome. Using the Byzantine Rite in their liturgy, they trace their history to the early Christians of Antioch. Concentrated in the Near East, particularly Lebanon and Syria, the Church has also seen much growth over the past century in other parts of the world, thanks to migration. Throughout the United States, there are about 45 parishes and missions under the Eparchy of Newton, Massachusetts.

The Church’s synodal assembly, which began on Monday at the seat of the ancient Seminary of Ain Traz, southwest of Beirut, was conducted with the participation of 29 of the 33 eligible voters for the patriarchal election. The first day’s meetings were marked by the spiritual reflections held by Joseph Kallas, emeritus Greek-Melkite Archbishop of Beirut and Jbeil.

Born in Damascus, Syria, in 1946, Patriarch Yousseff is a member of the Missionary Society of St. Paul. He spent time in the novitiate of Gap, France and was ordained by Patriarch Maximos V in 1973. He was then elected Superior General of the Missionary Society of St. Paul in July 1999, but two years later was elected Patriarchal Auxiliary (Bishop of the Curia). On October 13, 2006, Patriarch Gregory appointed him Patriarchal Vicar of the Melkite Greek Catholic Archeparchy of Damascus.

Since 2001 he has been President of Syrian Caritas, working with three full-time members on more than 40 projects in Damascus, Aleppo and Hassake.

The French Catholic newspaper La Croix said the new patriarch is known for his “discretion and strong sense of dialogue.” It also noted that he was trained as a musicologist and on one occasion composed a hymn for the singer Sister Marie Keyrouz.