Was the darkness at the crucifixion a solar eclipse? 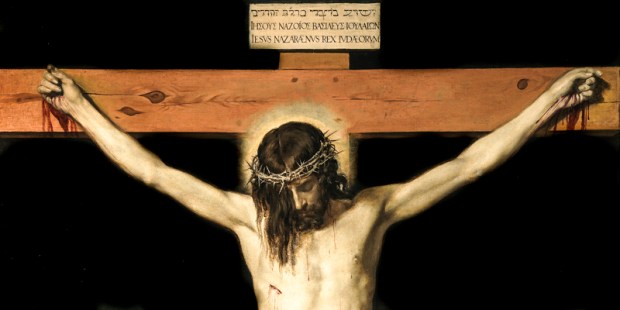 In August millions in the US may experience a darkness similar to what was seen 2,000 years ago.

According to ABC News, “this August, the U.S. will experience its first coast-to-coast total solar eclipse in 99 years.” This type of solar eclipse occurs “when the moon passes between Earth and the sun, and scores a bull’s eye by completely blotting out the sunlight … In this case, the total eclipse will last up to 2 minutes and 40 seconds in places.” Those in the “path of totality” will experience complete darkness in the middle of the day.

The experience will certainly be unique and won’t happen again for many more years. It brings to mind the Gospel accounts of the crucifixion, which describe a total darkness similar to what many will experience in August.

It was now about noon and darkness came over the whole land until three in the afternoon because of an eclipse of the sun. Then the veil of the temple was torn down the middle. (Luke 23:44-45 NAB-RE)

However, many biblical scholars point out that to say the darkness was due to “an eclipse of the sun” is not entirely accurate. The Greek text is more properly translated, “there was darkness over the whole land until the ninth hour, while the sun’s light failed” (Luke 23:44-45 RSV-CE).

Other scholars prefer the translation that states more simply, “the sun was darkened” (Douay-Rheims).

What was it then? How was the “sun darkened” on Good Friday?

Furthermore, “When the moon rose that evening, it was blood red … Kepler’s equations indicate that the moon rose already in eclipse, already bloody [It receives no direct light from the sun, but is lit only by the dim light refracted and reddened by the Earth’s atmosphere.] … Necessarily, this means that the eclipse commenced before moonrise. With software we can look below the horizon and see Earth’s shadow begin the eclipse. When we do, we find that at 3 PM, as Jesus was breathing his last on the cross, the moon was going to blood.”

In the Acts of the Apostles Peter referred to a prophecy in the book of Joel which seems to confirm this phenomenon, “the sun shall be turned into darkness and the moon into blood” (Acts 2:20).

The cause of the sun failing for three hours is still a bit of a mystery to science and was probably a miraculous act of God. This would explain why there are no other accounts of a darkness falling over the sky as it was only visible in Jerusalem.

Whatever the case was, if you want to have a similar experience of the sky as on Good Friday, check out the “path of totality” and witness “darkness cover over the whole land” this August.