Are holy men and women of the Old Testament considered saints? 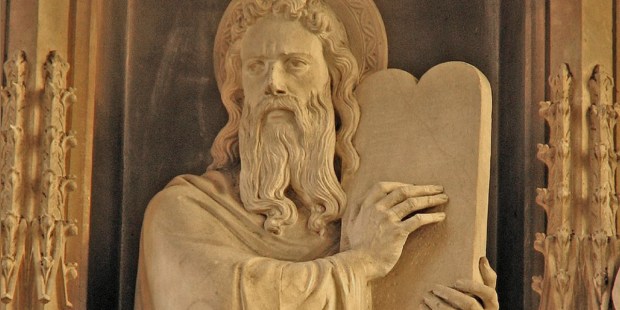 And can you pray to them for intercession?

Among the multitude of canonized saints in the Roman Catholic Church, there appears to be one gaping hole in the historical record: the Old Testament. The current liturgical calendar does not mention a single person from that time period.

Why is that? Does it mean the holy men and women of the Old Testament are not saints?

To answer that question we must first define what the word “saint” means. The word comes from the Latin sanctus, meaning “holy,” and did not refer officially to deceased individuals who led lives of holiness until later in Christian history.

In fact, the term as we use it today is much more specific than it was in the past. It wasn’t until the 16th century that a formal canonization process was developed. Before then the process to become a saint was directed more by popular accord than a Church decree.

At first saints were identified as those who were martyred for the faith, but by the 4th century the category included a larger group of holy men and women. These individuals were then given certain “feast days” on which to celebrate their life and be reminded of their virtues.

By the 16th century there developed the Roman Martyrology that listed all the “official” saints who could be celebrated on specific days of the year. Interestingly, included in that list are various Old Testament figures. Father Ray Ryland notes how it establishes days for “the prophet Habakkuk (Jan. 15); Isaiah (July 6); Daniel and Elias/Elijah (July 20 and 21); the seven Maccabees and their mother (Aug. 17); Abraham (Oct. 9); and King David (Dec. 29).”

Also, the traditional Litany of Saints that is sung or said at certain liturgical events includes an invocation to, “All you Holy Patriarchs and Prophets, pray for us.”

Even the Catechism of the Catholic Church affirms, “The patriarchs, prophets and certain other Old Testament figures have been and always will be honored as saints in all the Church’s liturgical traditions” (CCC 61).

The Eastern Orthodox tradition is more explicit about these holy men and women and has always referred to them as “saints,” never dropping their feast days from the calendar.

Another ancient tradition helps fill in the blanks and explains how these individuals reached the beatific vision. It is believed that after Jesus’ death and before his resurrection, he “descended into Hell” and brought the righteous ones up to him in heaven. Previously the gates to heaven were closed, but by Christ’s sacrifice on the cross, he opened up the doors to all the just, regardless of when they died.

Read more:
Where did Jesus go on Holy Saturday?

So to answer the question, yes, holy individuals in the Old Testament are considered saints and because they are thought to be in the eternal embrace of God, Catholics are able to pray to them for their intercession.