What is a diocese? 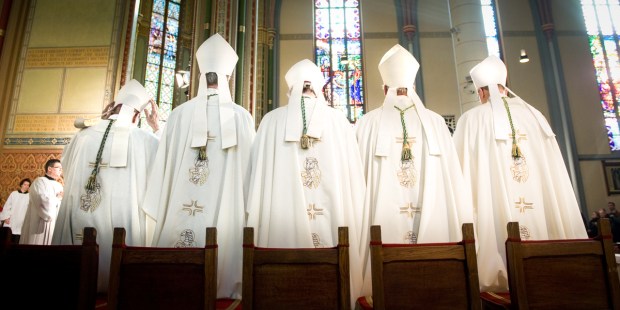 And more importantly, do you know which diocese you are living in?

For those new to the faith (or even those raised Catholic) there are countless words in Catholicism that are confusing. One of which is the word “diocese.” What does it mean?

The term comes from the Greek dioikesis, meaning the management of a household. In the Roman Empire the word was used for a territory governed by a central city. As the Empire was Christianized, the bishops located in these cities naturally adopted the term to describe the region they governed.

In the very beginning of Christianity bishops acted more like parish priests. Christian communities were small, located only in a handful of cities and there were enough bishops to govern each individual community. As Christianity spread bishops were unable to minister to all the spiritual needs of the souls in a particular region and ordained priests to become local helpers. These communities led by priests later became known as parishes.

Read more:
What is a parish?

Each region, comprised of a bishop at a primary city with a collection of parishes throughout the countryside, became known as a diocese. This term continues to be used today and similar to parishes, each diocese has a specific geographical area.

When a bishop is placed in charge of a particular diocese he is given charge of the souls within his boundaries. To the best of his ability he is to make sure that all have access to the sacraments and that the laws of the Church are enacted. The bishop is the local authority in all matters of the Church and is entrusted with the task of preserving the apostolic faith.

It is important for each Catholic to know which diocese they are currently residing in and to know the boundaries, especially when moving to another location. When a person moves to another diocese they are entrusting to that bishop the general care of their soul. Above all things the bishop is your local shepherd and is greatly in need of your prayers. His job is not easy and we should always remember the difficulties he has to deal with on a daily basis.

An archdiocese, from the Greek suffix indicating “head” or “ruler,” is a diocese that includes a larger city or one with a large Catholic population. An archdiocese is headed by an archbishop, and the archbishop of the largest diocese in a region is known as a metropolitan archbishop.

If you would like to know what diocese you are living in, check out this interactive map of the United States.