What does it mean to be “Roman” Catholic? 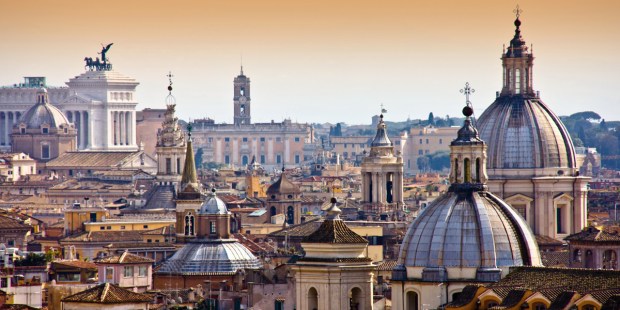 The Latin Rite is just one of many liturgical expressions of Catholicism.

In the United States we tend to equate being “Catholic” with being “Roman Catholic.” We may never meet any other type of Catholic in our entire lives.

However, being “Catholic” can take several different forms and depends on the region and customs of several distinct Christian communities. In all, there are three primary liturgical families in the Catholic Church, which correspond to ancient Christian Churches. From these Churches sprung numerous local traditions and rites. For a handy chart that helps visualize the concept, check out this one.

The liturgy of the Latin Rite is the most widely known in the world as this group consists of the vast majority of Catholics. Within the Latin Rite is the Roman Rite, which includes liturgical traditions from the Church of Rome. This Church and its traditions spread throughout Western Europe and on to the New World of the Americas. There are several other Latin Rites that developed over time in various religious orders and local regions in Europe.

There are more than a dozen different traditions that sprung out of the traditions from the Church of Antioch, the first Christian community founded by St. Peter the Apostle. The two primary Rites within this family are the Byzantine and Maronite Rites. The Byzantine branch of rites incorporate a variation of the liturgy developed for the Imperial Church based in Constantinople. At the time the location was also called “Byzantium” and later the Byzantine Empire.

The Maronite Rite stems from St. Maron and a Christian community that developed in the region of Lebanon. The Antioch family of rites contains the second largest group of Catholics in the world.

Read more:
Meet the saint who invented the name “Christian”

The Egyptian city of Alexandria was a center of Christianity in the ancient world. It was founded by St. Mark and the largest rite within this family is the Coptic Rite. This region is most famous for the Desert Fathers and the Eastern monastic tradition that was developed by many different saints in this community.

Read more:
The Copts: A few facts you might not have known about Egypt’s Christians

The Catechism explains further, “The diverse liturgical traditions have arisen by very reason of the Church’s mission. Churches of the same geographical and cultural area came to celebrate the mystery of Christ through particular expressions characterized by the culture: in the tradition of the ‘deposit of faith,’ in liturgical symbolism, in the organization of fraternal communion, in the theological understanding of the mysteries, and in various forms of holiness. Through the liturgical life of a local church, Christ, the light and salvation of all peoples, is made manifest to the particular people and culture to which that Church is sent and in which she is rooted. The Church is catholic, capable of integrating into her unity, while purifying them, all the authentic riches of cultures” (CCC 1202).

The word Catholic means “universal” and incorporates the cultures of the people within the Church, recognizing the movement of the Holy Spirit in various regions in the world. While we may think of ourselves as the only type of Catholics, we should remember that the world is a big place and Christ came to call all humanity to him, infusing each culture with his imprint.