The seal of confession: What it is and why it should be protected 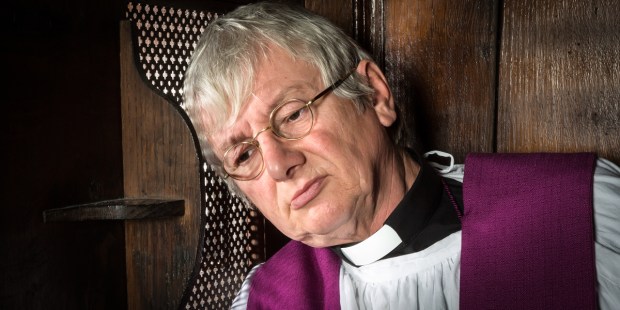 The seal of confession is among a priest’s chief weapons in thwarting Satan’s plot.

The late Cardinal Francis George of Chicago once called the encounters that take place within the sacrament of Penance “the most important conversations on the planet.” He was right. The most important conversations in our world don’t happen in boardrooms or courtrooms. They are not in the oval office or in the chambers of parliament. They transpire in the confessional.

These conversations effect the salvation of the human race. In these meetings the power of the Blood of Jesus transforms contrite sinners into saints. Because something of infinite worth occurs in confession, it requires a unique level of protection. This is what the Church calls the seal of confession.

In the early Church, the sacrament of Reconciliation was administered communally; grave sinners would confess their sins publicly and take on necessary acts of satisfaction in order eventually — sometimes after months or years of penance — to be reconciled to God and His Church.

As the Church grew, Her ecclesial rites developed. While public penance continued, confession of particular sins would often take place in private. In the 4th century, St. Ambrose was praised for his role as a discreet minister of mercy with these words:

“Of the transgressions, however, which the penitent confessed, he spoke to no one but God, with whom he interceded, leaving a beautiful example to future priests, that they should be intercessors before God rather than accusers before men.”

A century later, Pope St. Leo the Great famously condemned the practice of reading out the lists of sins committed by those taking on public penance. The Church’s saints understood that the sins spoken to God in the privacy of confession must be sealed by supernatural secrecy.

Towards the end of the 6th century, St. Columban and his fellow missionary monks popularized the practice of private penance. As private confession became the norm across Christendom, the privileged secrecy of sacramental conversations became formalized. By the start of the second Christian millennium, the Church’s law set forth grave consequences for priests who would reveal the sins of penitents to others.

In 1215, the Fourth Lateran Council taught:

“For whoever shall dare to reveal a sin disclosed to him in the tribunal of penance we decree that he shall be not only deposed from the priestly office but that he shall also be sent into the confinement of a monastery to do perpetual penance.”

Some 800 years later, the Church still assiduously protects the seal, punishing any priest that would break it with excommunication. These grave consequences flow from the supreme importance of the sacrament of Confession.

And who grants it such importance? The Lord Jesus Himself, who came to seek and save those who are lost (Luke 19:10).  He came to the lost sheep of the house of Israel (Mt 15:34), and his mission is to those sick with the deadly illness of sin (Mk 2:17). The sacrament of Confession continues this merciful mission.

As another Christ, the priest is privileged to sit in on the most important conversations in the world. He receives the grace to be an instrument of the power of Christ’s cross to heal every wound that sin inflicts. He mediates the encounter between the Prodigal Father and His wayward children.

But while these sacramental realities are monumental, the truth of the matter is that sin itself is rather boring! Confessors remember the saints much more than the sinners, because sin is far less interesting than sanctity! It is my experience, and that of many priests, that more often than not we cannot remember the particular sins confessed by individual penitents. Even if we do, they remain enclosed in our priestly hearts, not out of shock or desire to condemn, but in the joyful knowledge that God has brought his son or daughter back to the life of grace.

As a priest, I often hear that people do not like the sacrament of Confession because they fear telling someone their sins. This universal human experience of shame is one of the strongest tools of the devil’s blackmail. Having caught us in sin, the enemy uses shame over what we have done to prevent us from confessing and being reconciled with our loving Father.

The seal of confession is among a priest’s chief weapons in thwarting Satan’s plot, because it guarantees to the contrite Christian that his sins—no matter how big or small—will never leave the safety of God’s merciful tribunal.

The sacrament of Penance is one of the great gifts of the Trinity to the pilgrim people of God. It is the permanent institution of Christ’s mercy in the world. And it is a divinely instituted safe-space where fear and condemnation have no place, but hope and forgiveness reign. We should pray that this sacrament and her seal is respected and preserved by those within and without the communion of the Church.