3 Saints who show us how to help refugees 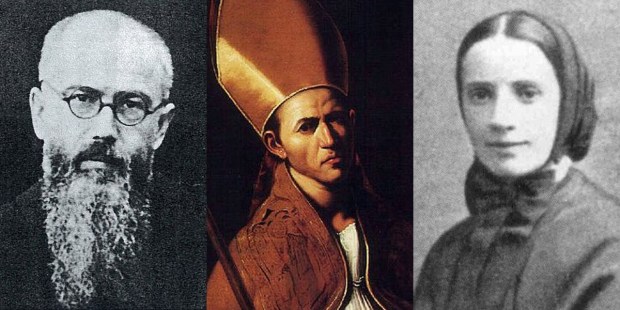 Each of us can do our part to welcome the stranger among us.

Humans have been migrating since time immemorial in search of better living conditions and jobs, or to escape enemies. Oftentimes these migrations are involuntary, and the fear of what lies behind is a far more motivating factor than the fear of what lies ahead. To some, a homeland can become such a desperately dangerous place that they’re willing to leave and go anywhere at all, even a refugee camp or another country where they aren’t entirely sure of the welcome they’ll receive. In any case, I suspect that most people leave their homes reluctantly and with heavy hearts.

It’s always a good idea to pray for a systematic solution to a refugee crisis, especially that people will be assisted on a large scale and be able to remain in their own homes, communities, and countries. But while we’re doing that, each of us can do our part to welcome the stranger among us.

Here are three saints who went out of their way to help refugees and who show us how we can help, too.

Januarius is world-famous as the guy whose blood miraculously liquefies one day of the year, but before that he lived in the 3rd century during a time when entire swaths of the population were being turned into refugees by the Roman Emperor Diocletian. Notorious for persecuting those who didn’t conform to Roman culture, especially Christians, Diocletian ruthlessly chased them down and put them to death or forced obedience through jail time. Januarius hid these refugees as best he could in various places in the town of Naples where he lived. When they were caught and imprisoned, he continued to visit and care for them in prison. It’s hard to keep a large refugee operation like that a secret, and eventually Januarius himself was arrested and sentenced to be eaten by wild bears.

Even to this day, when people feel that their culture is threatened by newcomers, the reaction is often defensive, to demand that they conform or else be unwelcome. I know this to be true with me as I struggle to understand the motivations of the refugees and migrants in my community. It’s easy to write them off, but it’s more rewarding to get to know them and see that the diversity they bring doesn’t take away from my culture but actually adds to it.

Maximilian lived in Poland during the Second World War. The German invasion of that country created vast numbers of refugees as people fled Nazi persecution and an estimated 3,000 ended up on Maximilian’s doorstep, a majority of them ethnically Jewish. Even though it would result in his own death if he were caught helping, Maximilian offered them all sanctuary in his monastery and set about creating a network to get them food and clothing without attracting the attention of the authorities. He wasn’t as careful about not attracting attention to himself, though, because he began broadcasting an illegal radio show in which he harshly denounced the crimes of the Nazis. Not content that his message was getting a wide enough audience, he published newspaper editorials with the same message, speaking up on behalf of the refugees. As he probably knew it would, his activity eventually got him arrested and sent to the notorious Auschwitz prison camp where he died offering his life for that of another man.

Read more:
Maximilian Kolbe and the Redemption of Auschwitz

Maximilian shows a number of different ways to support refugees — by offering them shelter if they need it, providing food and clothing, or speaking up on their behalf. We can imitate any of these actions in small or large ways, not to make a political point but simply from one human being to another.

Frances was born in 1850 and lived during the turn of the 20th century, a time when migration from Europe was steady and growing to a flood. Italians in particular were heading by the thousands to the Americas where they hoped to make a new life for themselves and discover more freedom and economic opportunities. Integration was difficult, though, and many found their new lives difficult as they ended up in crowded neighborhoods marked by poverty and hardship. In spite of the terrible conditions in dirty tenement houses and the low wages they received, these migrants stayed, because conditions back in Italy were even worse. Frances dedicated herself to helping these economic refugees turn their lives around. Throughout North, Central, and South America, she helped create kindergartens and elementary schools for children and opened up orphanages to care for those whose parents hadn’t survived the trip from Europe or difficult conditions in the slums. She was tireless, personally visiting the sick to care for them and spending time with prisoners.

It’s true that many refugees are trapped in poverty and some end up in prison or struggle to achieve a good education, but this has less to do with their character and more about the situation in which they’ve found themselves. At some point, someone has to help them break the cycle of poverty. Frances did that by personally dedicating herself to their cause. We can do that by welcoming them into our schools and our wider community life.