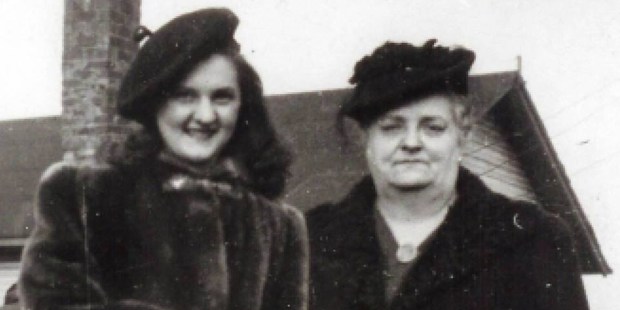 Her story is one of staggering illness and disappointment, but never defeat.

The year was 1904 and Rhoda Wise was terrified. The 16-year-old girl was experiencing searing pain which was exploding in her lower abdomen. She was taken to hospital in Wheeling, West Virginia, where she was about to have surgery to remove her ruptured appendix.

She had no idea she was about to experience a turning point in her young life.

While she was recovering, a Catholic sister came to visit her. The nun gave Rhoda a St. Benedict medal. Rhoda told the nun that her parents, who literally despised Catholics, would never allow her to keep the medal. In fact, Rhoda was sure they would be furious that it had been given to her.

Sister put the small medal inside a locket that Rhoda had. The 16-year-old was so moved by the kindly gesture that she kept that medal for the rest of her life. It also started her thinking about Catholicism.

Rhoda was born in Cadiz, Ohio, in 1888. She was the sixth of eight children. Her dad, Eli Greer, was a bricklayer and her mom, Anna, helped care for Civil War veterans. They were staunch Protestants and Rhoda grew up amid an unyielding Catholic bias.

Rhoda married a widowed plasterer named Ernest Wissmar, and moved with him to Canton, Ohio. Six months later, Ernest suffered a cerebral hemorrhage on a job site and passed away. Not long after, Rhoda met George Wise, another widower, and they were married in January, 1917.

Rhoda loved George very much but he was a drinker and Rhoda would spend many years confronting ongoing financial troubles, embarrassments and the many challenges that accompany the disease of alcoholism. They moved seven times because George’s drinking cost him one job after another.

In 1931, Rhoda developed a huge 39-pound ovarian cyst. This cyst was so large there was no doctor in Canton who would attempt to remove it. A doctor in Wheeling agreed to do it, but warned that Rhoda might not survive the operation.

She did survive, but her gall bladder was affected and also had to be removed. Soon after that, Rhoda developed a painful bowel obstruction which needed another surgery. She never quite recovered from all that and then, in 1936, she stepped into a sewer drain, severely damaging her right leg.

Her foot turned inward and, combined with a recurring infection, this kept Rhoda Wise in and out of hospitals from that point on, literally every few months. Suffering chronic pain, her future looked bleak and confined to a bed.

Rhoda’s first of many visions occurred while she was hospitalized and with George and Anna Mae, their adopted daughter, present. Rhoda saw Jesus as the Good Shepherd standing by the window. She told George and Anna Mae but they saw nothing. George thought she was hallucinating.

One of the nuns at Mercy Hospital, Sister Clement, a Sister of Charity, befriended Rhoda. Sister had great devotion to St. Therese of Lisieux  and gave Rhoda a small shrine of the “Little Flower” to put by her bed. Rhoda then asked the sister if she could hold her rosary. When Sister Clement handed it to her the crucifix was very warm, and Rhoda immediately asked the sister to teach her about the beads. Graces began to abound within her.

Rhoda fell in love with the Rosary and prayed it several times a day. She then asked Sister Clement if she could make a novena to St. Therese. Then she developed a brutally painful stomach cancer which was considered incurable. Jesus appeared to Rhoda on May 28, 1939, and told her He would come back with St. Therese on June 28.

Jesus returned as promised, with St. Therese standing by His side, and Rhoda’s incurable, open-wound stomach cancer vanished without a trace. On August 15, 1939, St. Therese visited Rhoda again and her cast broke apart and fell from her twisted foot. The foot was perfectly normal.

In Canton there was a young woman named Rita Rizzo. Rita was 19 and suffered from what they called a “dropped stomach.” Her belly appeared discolored and deformed and the pain was excruciating. She went to see Rhoda who gave her a novena to St. Therese and told her to say it for nine days.

During the early morning hours on the ninth day, pain ripped through Rita’s abdomen and then stopped. In the morning when she looked at her belly it appeared normal. The discoloration and deformity was gone and so was the pain. She had been cured, and the pain never returned again. Rita Rizzo became Mother Angelica and founded EWTN. Rhoda Wise was the moving force in Mother Angelica’s becoming a nun.

On Good Friday, April 3, 1942, Rhoda Wise was given the Stigmata of the Crown of Thorns. Every Friday after, until her death in 1948, her forehead would bleed from noon until 3:00 p.m.

Fourteen thousand people showed up for Rhoda Wise’s funeral. Countless cures were attributed to Rhoda and countless souls returned to Christ because of her. Ironically, Rhoda always felt the greatest miracle she witnessed was the day George stopped drinking, cold turkey, and never touched liquor again.

Rhoda Wise has been declared a Servant of God and her cause for sainthood has begun.