Catalan leader says he will declare independence from Spain 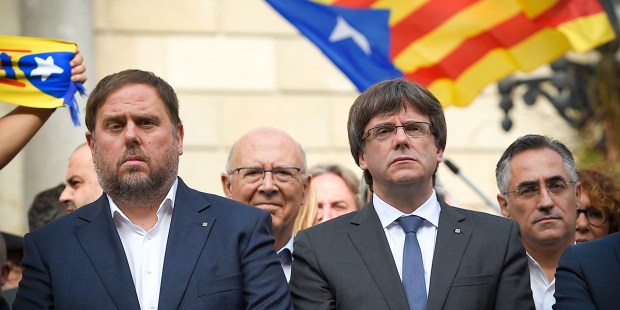 Catalan leader Carles Puigdemont says he will declare independence from Spain “at the end of this week or the beginning of next,” according to the BBC.

Puigdemont made the remarks to the British news service Wednesday, days after a controversial and violent referendum in Spain’s northeastern region. He said he would make a statement Wednesday night.

Meanwhile, Spain’s King Felipe I took to the airwaves Tuesday, calling Sunday’s referendum illegal and undemocratic, and Spain’s high court has summoned the head of Catalonia’s regional police force to testify as a suspect in a investigation of alleged sedition, inciting rebellion against the state.

Under Article 155 of the Spanish constitution, the government in Madrid is permitted to impose direct rule on autonomous regions, the BBC noted.

The European parliament was due to debate the crisis on Wednesday afternoon.

More than 2.2 million people voted on Sunday, according to the Catalan government. Officials put the vote in support of independence at nearly 90 percent, although official results have not yet been released.

But Catalan officials said the turnout was only 42 percent.