Pope Francis to talk with astronauts on International Space Station 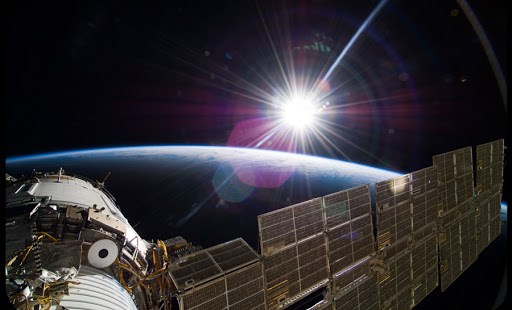 Benedict XVI did the same in 2011, calling it an “extraordinary opportunity”

Later this month, Pope Francis will dialogue directly with the astronauts on the International Space Station (ISS), the Holy See announced today. The Oct. 26 conversation will be the second time a pope has spoken with the astronauts in space. Benedict XVI did the same thing in 2011.

On May 21, 2011, Benedict spoke with 12 astronauts on the ISS for about 20 minutes via a satellite link. In fact, he asked them five questions.

He described it as an “extraordinary opportunity” and praised the astronauts’ “courage” and “discipline.”

He told them, “We are convinced you are inspired by noble ideals and that you intend placing the results of your research and endeavours at the disposal of all humanity and for the common good.”

In their dialogue, the Holy Father and the astronauts discussed the contribution of science to the cause of peace, men’s responsibility for the future of the planet and its fragility, and the beauty of the Earth and creation.

In 2001, receiving future doctors in astronomy, John Paul II for his part hoped that the research lead to the construction of “a more human world.”

The Holy See did not announce what themes Pope Francis will bring up with the astronauts.