Why are the Knights of Columbus named after a controversial explorer and not a saint? 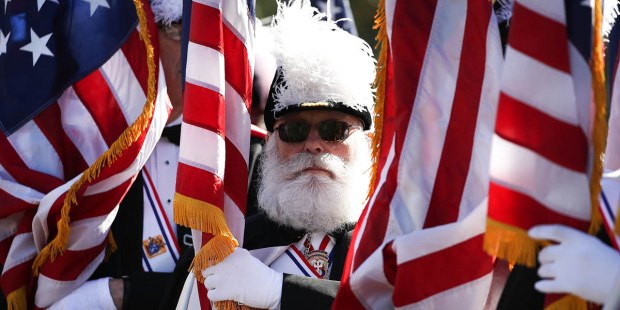 It was an innovative choice at the time, meant to give a voice to Catholics in America.

The historical figure of Christopher Columbus is increasingly polemical and the annual day honoring his memory, Columbus Day, is being replaced in some cities with an alternative holiday.

According to proponents of this move, Columbus Day “celebrates a man who propelled the genocide of indigenous peoples throughout the Americas, promoted the trans-Atlantic slave trade, and is the most distinct example of Western colonialism.”

Some historians and others would say that this characterization of Columbus is unduly limited or plain false, but regardless of one’s outlook on history, we could ask why a prominent Catholic organization in the United States (the Knights of Columbus) would retain a controversial namesake.

To answer that question, it is important to look at the original intentions of the Knights’ founder, Venerable Michael J. McGivney.

In 1881, Fr. McGivney, a young Irish priest based in New Haven, Connecticut, explored his idea to begin a new type of fraternal organization. He hoped it would not only bolster the men’s faith at the parish, but also provide financial relief for families stricken with the death or sudden illness of the breadwinner. McGivney knew firsthand the effect this had on a family, especially an immigrant family struggling to make it in America. The fraternal groups that, at the time, served as the most common source of life insurance were closed to Catholics and immigrants.

After much consultation Fr. McGivney started the “Sons of Columbus” in 1882, named in such a way as to “bind Catholicism and Americanism together through the faith and bold vision of the New World’s discoverer.” The word “Sons” was soon replaced by “Knights” to further invigorate the men who would become members.

It is reported by the Knights that “Father McGivney … understood that using Columbus as their Order’s namesake asserted an important truth: that not only was there a place for Catholics and immigrants within American society, but that such a person had already played a part in creating the young, free world around them.”

The Knights agree with Columbus biographer and former Stanford University professor Carol Delaney, who said in an interview that Columbus was a “medieval man in a very religious context. He was very close to the Franciscans, who were involved in proselytizing before the end of the world.”

In addition to Columbus’s religiosity, Delaney explained, “His relations with the natives tended to be benign. He liked the natives and found them to be very intelligent … [Columbus even] strictly told the crew not to do things like maraud, or rape, and instead to treat the native people with respect.”

While the organization admits Columbus was not perfect, they celebrate his many achievements and how he “gave voice and representation to generations of Catholics, helping pave a path for the diverse society we have today.”

Read more:
This soon-to-be saint started the Knights of Columbus