Notre Dame Cathedral is in desperate need of repair 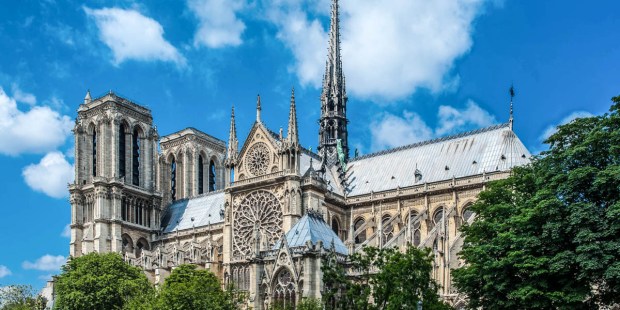 A $100 million fundraising campaign has been launched to save the great Paris church.

The Cathedral of Notre Dame, the 12th-century Gothic church built on the Ile de la Cité in the middle of the river Seine, visited by more than 14 million people each year, is in trouble.

After surviving the French Revolution and two world wars, Notre Dame faces the biggest threat to its existence yet: it’s falling apart. According to Time, centuries of weather and pollution and some shoddy 19th-century restoration work have left the cathedral crumbling and in desperate need of repair.

When it became clear that Notre Dame would need extensive repairs the French government was not prepared to finance, the Archbishop of Paris and the Diocese of Paris created the Friends of Notre-Dame de Paris to raise the $100 million needed to save the cathedral.

Among the issues plaguing Notre Dame are the crumbling pinnacles, gargoyles, stained glass work, and — of most concern to the foundation overseeing the restoration — the flying buttresses.

According to the Friends’ website, “The poor state of the stonework is particularly problematic with respect to the flying buttresses. Should even one of these structural pylons fail because of the damaged stonework, the consequences would be disastrous.”

Take a 360-degree tour to see what needs to be done to save Notre Dame:

And visit the Friends of Notre-Dame de Paris to help out here.