How ‘Blade Runner 2049’ is strangely pro-life 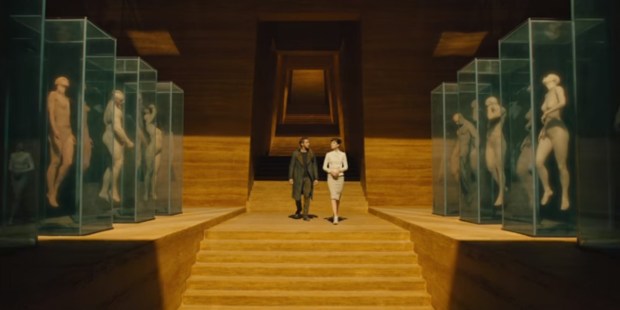 It’s not a stretch to interpret the new film’s message as one that affirms human dignity.

Few would call Hollywood a bastion of traditional Christian values, and it’s certainly not going to defend any of the faith’s more controversial values: I have a hard time picturing a mainstream movie arguing that, say, marriage should be between a man and a woman.

But when I watched Blade Runner 2049, it struck me: This movie feels pro-life.

Not intentionally, perhaps. I have no insight into the political or cultural leanings of the movie’s bevy of writers or director Denis Villeneuve. And certainly, the R-rated film’s content is far from family friendly, what with all its blood and gore and nudity. But nevertheless, Blade Runner 2049 unequivocally insists that there’s something special—something miraculous—about birth and conception, and that makes it one of the most powerful pro-life statements I’ve seen on screen.

Of course, to unpack why I feel this way, we’re going to have to dive into the movie’s plot, and you know what that means: Spoilers ahead.

Blade Runner 2049, like its classic 1982 predecessor Blade Runner, is built around a deceptively simple question: What makes us human? It takes us into a dystopian world in which humans walk and work alongside “replicants,” essentially lifelike robots.

But calling them simply robots does them a disservice. They, by most measures, “live.” They eat. They breathe. They even have childhood memories—false ones, admittedly, implanted to help them interact more seamlessly with humankind. But they sure feel real. And when a “blade runner” such as Ryan Gosling’s K stops by to “retire” them, they can make it quite clear—violently clear—that they don’t want to be retired.

But the society in Blade Runner 2049 says that while replicants may seem to live, they don’t. They’re things, nothing more: Niander Wallace, the movie’s antichrist-like replicant industrialist, feels no guilt when he kills a new “product” by slicing her across the belly and letting her bleed out on the floor—just moments after the replicant left her own synthetic womb.

But is that true?

The movie forces us into asking that question with every scene. And when it offers a possible answer, it’s a profound one.

Blade Runner 2049‘s plot is predicated on a “miracle,” as someone says—the miracle of childbirth. K finds the bones of a replicant woman who, apparently, conceived and gave birth to an unknown baby more than 20 years before. It’s a game-changer: When K and his boss, Lt. Joshi, uncover this stunning truth, K realizes that it alters everything. “To be born is to have a soul,” he tells Joshi.

But it’s not the act of birth that’s the real miracle here, is it? It’s the act of conception—the idea that a synthetic replicant joined with a human man, and the result was … life. That life gestated and grew inside a replicant womb—something no synthetic form has ever done.

The birth may be the miracle’s climax, but there’s nothing inherently mind-blowing about it: Even today we have sophisticated birthing simulators, all of which could’ve been exponentially refined in Blade Runner’s futuristic timescape. But conception? Gestation? That is the miracle. Sure, the movie hedges a bit, suggesting that this miraculous conception could be a man-made miracle. But the replicants would see, and I think rightly, evidence in the conception that they’re not just man-made creations: They’re part of a greater design, too. And as such, the fact that a replicant conceived life is too powerful to ignore.

Lt. Joshi understands this “miracle’s” ramifications. She knows that unveiling this revelation will change the reality of what replicants actually are. And should anyone else—be they human or replicant—find out, it’ll mean “a war, or a slaughter.” She demands that K “erase everything,” including the now-grown child. There must be no trace.

To me, that sudden need to eradicate this sort of evidence feels a bit familiar, as well. Some try to “erase” lives in abortion clinics, believing (or pretending) they never lived at all. Not really.

But the replicants themselves know better. Those that learn of that conception and birth are galvanized: “I knew that baby meant that we were more than just slaves,” one says. And so they prepare to rise and fight and die, telling each other that “dying for the right cause is the most human thing we can do”—an echo, perhaps, of John 15:13.

Our society’s own debated, disposable lives can’t rise up as the replicants might do. But Blade Runner 2049 may give them a bit of a voice, if we look hard enough.

Throughout the film, I hear another biblical echo: Jeremiah 1:5. “Before I formed you in the womb I knew you, and before you were born I consecrated you.”

The replicants in Blade Runner 2049 believe that they, like we, are more than a handful of raw materials animated by electricity and luck: They believe, as we do, that they have souls. A divine spark. A hint of Godly purpose. Because unto them a child was conceived, gestated and born. And that makes all the difference.