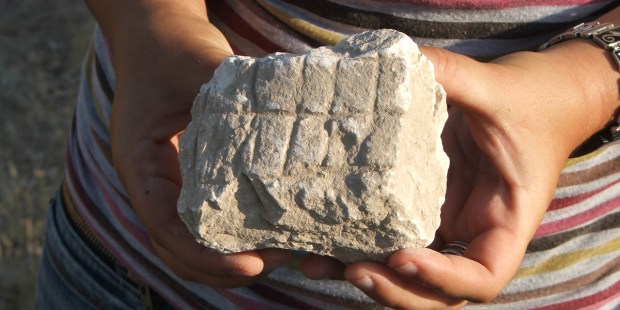 Clay and animal bone playing pieces were found in the Philistine city of Gath, hometown of Goliath.

What did ancient Canaanites do for fun? According to the latest issue of Biblical Archaeology Review, they passed the time playing board games.

The authors of the article, Shira Albaz, Itzhaq Shai, Haskel Greenfield and Aren M. Maeir, present archaeological evidence that the inhabitants of Gath, a Philistine city in Canaan best known as the home of David’s nemesis, Goliath, loved a good board game.

Fragments of clay and animal bone gaming boards, playing pieces, and throwing knucklebones were excavated at Tell es-Safi, and are thought to date from the Bronze Age.

“The most common board game in Bronze Age Canaan was the Game of 30 Squares, known as senet in Egypt,” write the authors.

“Because the earliest Egyptian example comes from a Predynastic tomb at el-Mahasna (dated to c. 3500 B.C.E.), some scholars believe that Senet originated in Egypt and was later introduced into Canaan as the Game of 30 Squares.”

According to the Metropolitan Museum of Art, Queen Nefertari was buried with five senet game boxes. Ancient Egyptians believed that in order to reach the afterlife, a person would have to perform certain rituals and pass certain obstacles.

The game of senet, which means “passing,” corresponds with the obstacles that a person would encounter on his journey to the afterlife.