Harvey Weinstein is everywhere, and every woman has met him 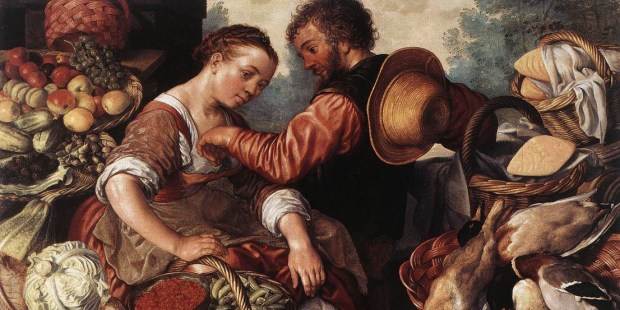 Perhaps if sexual abuse of women were not quite so common, I wouldn’t have dismissed my own.

I was in seventh grade the first time that I was groped. It happened at school, between classes, during the mad crush of pubescent bodies trying to get to their next class before the bell rang. His name was either Coby or Casey. I’m not sure, because there were two of them, and they were identical twins. As we passed each other, heading in opposite directions, he quickly reached out and grabbed my breast, then continued down the hall as though nothing had happened.

I froze, and felt the blood rush into my face. I wanted to sink into the floor and disappear. Looking around to see if anyone had noticed, I felt someone bump into me from behind, in their own rush to get to class. But I couldn’t move. I felt violated, humiliated, and alone.

Coby and Casey rode the same school bus as I. As I got on the bus to go home that afternoon, I found a seat where another girl was already sitting, asked her if I could sit next to the window, and rode in silence. At my stop, I hurried down the street and into my house, safe at last.

It was the first time I was groped, but as it turned out, it was far from the last.

I never told a soul.

When the allegations about Harvey Weinstein hit the news cycle last week, it didn’t surprise me in the least. Actually, I’m sad to say that my first thought was something like, Yeah, yeah … another guy who thinks he can take whatever he wants from a woman. What else is new?

But as more and more women have come forward with their own stories of harassment and assault, it seems noteworthy that so much of what Weinstein has allegedly said and done was, as they say, an “open secret.” Apparently, many people within his social circles knew what was happening, and no one did anything about it, for years. Why? Because he was powerful, he could make or break an acting career, and young, vulnerable, aspiring actresses were afraid to speak out and risk social ruin.

Just as I was afraid to speak out, as a seventh grade girl.

In an interview with BBC, the actress Emma Thompson called the accusations against Weinstein, “the tip of the iceberg.”

“So when you describe him as being the tip of the iceberg,” asked the interviewer, “do you think there are others like that in your industry in Hollywood?”

She answered immediately: “Of course.”

“Many?” the interviewer persisted.

“Many!” Thompson exclaimed. (You could almost hear her adding, “Duh!”)

When I was in the ninth grade, I had a new cute boyfriend, and one night, in the darkness of a movie theatre, he suddenly grabbed my breast. He had never even tried to kiss me. When I asked him to stop, he said, “Oh, come on, I’m just having some fun – don’t be such a bitch.”

Perhaps I would have shared these stories if I had thought they were unique, and would rightly be seen as the outrageous affronts to my dignity that they were. But it is the very commonness of such assaults that made me think they were not even worth sharing. What Harvey Weinstein is accused of – what happened to me as a girl – has happened to almost every woman that I know. It’s almost like a rite of passage. The “Me, too” posts that are currently appearing all over Facebook confirm that this problem isn’t limited to the casting couch in Hollywood. Most of the ordinary women and girls of the world have experienced it, too.

We are talking more about rape culture these days; we talk about awareness and prevention, and these discussions are important and sadly necessary. But it is becoming clear that the root of the problem begins long before these men become men, or even teens – it begins when they are boys, little boys. How do we raise boys to become men who would never dream of treating a woman in this manner? In the BBC interview, Emma Thompson said, “This has been part of our world — women’s world — since time immemorial.  So, what we need to start talking about is the crisis in masculinity, the crisis of extreme masculinity.”

I’ve been thinking about that a lot lately. What happens to a man to make him conclude that this sort of behavior is okay? Why would a man think that he can simply take what he wants from someone else, with no regard for her dignity or welfare or shared humanity?

After I graduated from college, I lived overseas for a few years as part of a church-planting team. In the midst of the deep intimacy that often forms when ex-pats are thrown together in unfamiliar waters, it eventually came out that every woman on my team had been sexually abused in some way. Every single one – except (I thought) me. They decided to do a Bible study together about recovering from sexual abuse, and asked me if I wanted to be part of it.

Me? I haven’t been sexually abused.  I’ve never been raped. I’ve never been molested by a creepy uncle at a family reunion. I never had a friend’s older brother try to take advantage of me at a sleepover. I’m not recovering from sexual abuse — that’s not me. What happened to me is normal. Doesn’t it happen to every girl?

And so they went on with their Bible study, and I stayed outside of their survivors’ circle, looking in from the periphery, vaguely uneasy and aware that something was not right, but unable to name it. I had no category for what I had experienced.

And therein lies the problem. No, it wasn’t rape, but that doesn’t mean it was okay. If it’s “normal,” it shouldn’t be. If it happens to every girl — to any girl — it shouldn’t. I look at my own daughters, and become filled with rage at the thought of anyone doing to them what was done to me. For too long, this behavior has been normalized, and the women who dare to speak up, speak out, are the ones labeled as the problem.

Boys will be boys. It’s only locker room talk. I’m just having some fun. Don’t be such a bitch.

In thinking about my own experiences with boys who touched me without my consent, who spoke to me in ways that made me feel as though my only value was in what I could provide for them sexually, I realized that those experiences have jaded me to the point that I wasn’t surprised when I heard about the allegations against Weinstein, and that’s not how I want to live. That’s not how I want to respond to the women who are brave enough to come forward and share their stories. I want to weep with them and tell them that it’s not okay, and it’s not their fault, and what has happened to them truly does break the heart of God.

And as angry and disgusted as I might be, I also want to weep for the Weinsteins of this world – at least, I want to want to weep for the men and teenagers and little boys everywhere who are being told lies about what it means to be a man. I have to believe that when a man exploits a woman in that manner, it slowly but certainly destroys his soul.

We must change the conversation around masculinity, for all of our sakes, and perhaps that change could begin with a discussion about the inherent dignity of the human person, as Christianity teaches it: that women need to claim their dignity in the face of every insult to it, and that men need to recognize and remember that when they demean the dignity of a woman, they demean their own dignity as well.

I don’t know what happened to Coby and Casey. They continued to assault me regularly in the hallways throughout seventh grade, but by the time eighth grade rolled around, they had gotten bored with their game, and they left me alone. Eventually they moved away, and I never saw them again, but I have never forgotten them, or that ninth-grade boyfriend, and sometimes I wonder what kind of men they have become. Have they been redeemed? Have they become monsters?

To every woman who’s experienced sexual harassment or abuse, or much worse: I am so sorry that happened to you.  It’s not okay. It’s not your fault. And it does break God’s heart.

I pray that God will let justice roll down like waters, and righteousness like an ever-flowing stream (Amos 5:24). We can be part of that justice and righteousness, part of God’s renewing work here on earth. So speak up. Speak out. Listen. Act. Pray. And maybe someday, these kinds of stories will become uncommon, shocking, unbelievable, outrageous.