ISIS 2.0: Officials and experts fear Islamic State will mount operations in the West 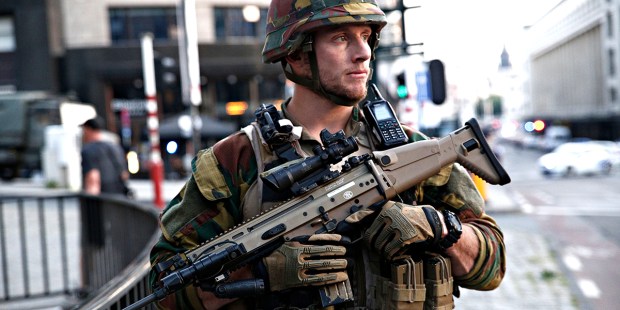 Jihadist group may be largely defeated in Iraq and Syria, but threats of terrorism persist

First, Mosul was recaptured from the Islamic State group, and now Raqqa.

The loss of two major cities is a blow to the jihadist organization’s dream of establishing a worldwide caliphate.

But, experts say, there are other cities where the group can now operate: Paris, New York, London, for example.

As the military units in Iraq and Syria, assisted by a U.S.-led or U.S.-backed coalition, push ISIS back, there is a growing concern that the Islamic militant organization may still pack a punch—outside Iraq and Syria. Officials and experts fear that the kinds of terrorist attacks that have taken place in Western cities and Southeast Asia in recent years are going to increase.

The Islamic State “has a plan,” Aaron Y. Zelin of The Washington Institute for Near East Policy told the New York Times, “and that is to wait out their enemies locally in order to gain time to rebuild their networks while at the same time provide inspiration to followers outside to keep fighting their enemies farther away.”

“It is clear that we are contending with an intense U.K. terrorist threat from Islamist extremists,” added Andrew Parker, director of Britain’s MI5 intelligence service. “That threat is multidimensional, evolving rapidly, and operating at a scale and pace we’ve not seen before.”

“This is a very strong group which has a lot of sympathizers, its ideas are embedded and it has networks,” said Daniel L. Byman, a senior fellow at the Brookings Institution’s Center for Middle East Policy. “It has a lot to draw on even as it loses its physical territory.”

Based on a speech by ISIS spokesman Abu Muhammed al-Adnani, before his death in an American drone strike last year, the group has the will to keep fighting, even if it loses territory. “True defeat is the loss of willpower and desire to fight,” he said. “We would be defeated and you victorious only if you were able to remove the Quran from the Muslims’ hearts.”