A saint for the persistent but discouraged: Blessed Thaddeus McCarthy 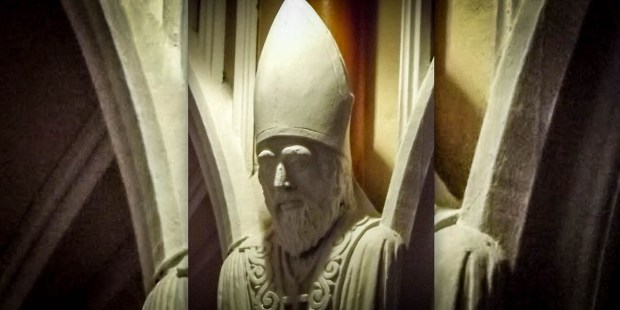 This story from 15th-century Ireland is a reminder of how being faithful is itself a success.

Blessed Thaddeus McCarthy had no way of knowing that he would be such an enormous failure.

Born to a noble Irish family in 1455, McCarthy studied in Paris, served in a tribunal in Rome, and was made a bishop at only 27. The pope himself had to dispense him of the minimum required age. By all measures, Bishop McCarthy was on the path to great success.

But few saint stories are pure success stories, and some have no worldly successes at all. At 27, McCarthy embarked on a journey that would frustrate and confuse him to no end, ultimately winning him a pauper’s death crowned with glory.

McCarthy’s first disappointment was the discovery that his new diocese already had a bishop. Bishop Hugh O’Driscoll had been reported dead, whether by accident or intrigue, and Rome had assumed the truth of the report. But when Bishop McCarthy arrived to take possession of his see, the not-so-late Bishop O’Driscoll was not amused by the error. In fact, the O’Driscolls and McCarthys were in the midst of a generations-long feud, and this miscommunication added plenty of fuel to the fire.

O’Driscoll complained to Rome, accusing McCarthy as an imposter, and received a favorable response: McCarthy’s appointment to the Diocese of Ross was rescinded. But Bishop McCarthy wasn’t convinced, and continued to fight, certain that God was calling him to serve in the role for which he was ordained. His persistence (and O’Driscoll’s enmity) ultimately got him excommunicated by Pope Sixtus IV, the very man who had appointed him to that see.

With this, the bishop who went eight years without a see was satisfied. For a time, that is. McCarthy was, it seems, called to the cross of impotence. When he arrived back in Munster, he discovered that this time his office had been usurped. Clearly in the right, McCarthy attempted to take possession of his cathedral only to find it held by armed men who barred him entrance.

Never one to be discouraged, McCarthy walked from village to village in his diocese, armed only with the papers declaring him their bishop, and was given nothing for his pains. His offended family wanted to take matters into their own hands; when Thaddeus refused to accept their offers to win him his episcopal seat by violence, they, too, washed their hands of him.

Without family or friends, McCarthy set off once more for Rome. A lesser man might have taken these obstacles as a sign, becoming a hermit or moving to Rome to see about a position there; Bishop Thaddeus McCarthy, though, was determined. If God had consecrated him bishop to serve in Ireland, in Ireland he would serve.

This time, his experience in Rome was more straightforward: no excommunication to sort out, no rival claimants, just a bishop and a criminal. McCarthy was given papers that not only verified his claim to the episcopacy but also authorized military support as he sought to take possession of it.

But it seems God’s call was for McCarthy to live and die a bishop without a diocese. On his way back from Rome, McCarthy traveled as a poor pilgrim, dressing in simple clothes and staying in inns alongside working class people. His garb may have been an expression of his humility, but it also served as an excellent disguise to protect him from his enemies.

It wasn’t his enemies who caught up with him. Though Bishop McCarthy was only 37 years old, his body was worn out from years of fighting to do what he had been called to do. He died in a pilgrim’s hostel in northern Italy and would have been laid in a pauper’s grave but for a supernatural light that emanated from his dead body. When the local bishop was called in, he told the people that he had dreamed only the night before of a bishop ascending into heaven; when they examined the poor man’s belongings, they discovered his bishop’s ring and buried him in the cathedral of Ivrea, where miracles have been associated with him for more than 500 years.

Blessed Thaddeus McCarthy never accomplished what he was consecrated to accomplish. He never governed his diocese, ordained new priests, or even confirmed anybody, as best we can tell. But he fulfilled his purpose: he gave his life for God, earning the title “White Martyr of Munster.” On October 25th, his feast day, let’s ask his intercession for those who are discouraged by lack of results, that they would seek not to be successful but to be faithful. Blessed Thaddeus McCarthy, pray for us!