Why not #MeToo? Because I have sons 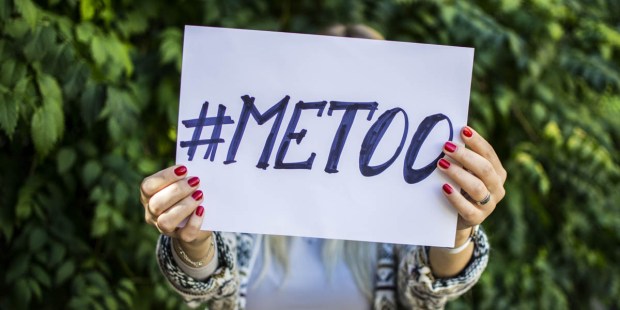 I count myself among the brave women coming forward and saying “enough,” but I don’t want to assist in hurting men

Anyone who has read me or my story knows that I was the victim of child sexual abuse. I was raped and molested for years starting at the age of five. From that point on I was abused sexually multiple times in my life by many men. Men who had sex with me while I was a child include the biological father of my oldest son, and one man who raped me when he was 18 and I was 14. A hashtag does not cover the level of sexual assault I have endured in my life.

So, when social media erupted into a hashtagged #MeToo storm after the Harvey Weinstein story got big, why didn’t I join in? Well, because I have sons.

My sexual abuse and rapes do not make my sons evil. The men who violated my body, my trust and my life with trauma do not get to steal the dignity of my children. My children have suffered enough because of the damage done to my spirit and self-worth thanks to bad men and my own bad choices. They have had to deal with a mother who was roaming the world looking for some kind of authentic love when I should have been at home with them, watching movies cuddled on the couch. They’ve had to make me laugh when I was too depressed to get out of bed. They’ve had to help each other when I was too drunk to walk. They don’t need me adding to any sort of social grief for the simple sin of being men.

I can handle sharing my story of what sex abuse did to me. I can handle the blowback of men telling me that at least it isn’t as bad as being aborted. I can handle being ridiculed or told that I am seeking attention. I do not shy away from any of it. Sexual assault is a horrible epidemic that flourishes when we stay silent.

What I can’t handle is being told that men are scary simply because they are men.

My sons are not evil because they are males. My sons are not in any less danger in this world than my daughter. My sons are not responsible for what everyone with a penis does. They are also not hopeless animals without self-control. I have raised them honestly so they know exactly what happened to me in my life and the scars it has left. They know their responsibility to respect other human beings. They know if I catch them not being so that I will not accept that behavior.

The bottom line is that I am not okay with people using their sexual abuse stories – real and horrifying as they are — as a reason to bash men. I am not a pawn in the gotcha games between people with political idols. If anyone wants to know my story, they can read it or ask me about it, but I do not owe anyone a hashtag that could be used against the male gender.

It was not all men who raped, molested and assaulted me, it was some men. There have been more men who have treated me well, who have helped me heal from the bad ones.

First my Tio Roy, who took me out of the house I lived in with the man who raped me at the age of five.

Then my husband, whose love has helped me heal in ways that I could never have dreamt of.

Then my priests, who listen to me cry, who suggested therapy and who have prayed with me along the way these last eight years since I became a Catholic. Especially the priest who walked with me through my conversion, who taught me about God’s love for me, and who – at my first Confession — told me that I was not to blame for what happened to me.

That was the first time I had ever heard those words.

These men and my sons deserve much more attention than do the men who almost destroyed me for their own pleasure. I include the countless number of good men with whom I have corresponded on social media, and who have shown themselves to be compassionate and good.

So while I am a part of a group of brave women who are coming forward with their stories, stories that need to be told and heard – yes, I am in that number; me too — I am also a part of a great family full of good men, whom I will not permit to be lumped in with the kind of monsters that take advantage of other human beings.