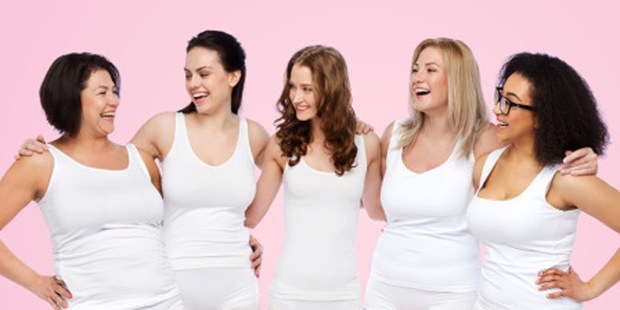 It’s for both men and women, and it’s about learning to love and accept ourselves as we are.

The body positivity movement has been on the rise for several years now. Its main focus is simple: love your body just as it is, with its strengths and defects.

Yet, it is a concept that has become distorted, since it has led some people to celebrate obesity. Body positivity can also be for the skinny woman who hates her flat chest, or the man who thinks his arms aren’t ripped enough.

That’s another point: gender. Do you think that only women feel inadequate in the shadow of seemingly perfect advertising images? Men also have their insecurities — they just express them less often and less openly.

Another misinterpretation involves believing that taking a selfie in a bathing suit and showing cellulite or some flab is the only way of demonstrating that you’re on board with body positivity. While an image can be very powerful, the most important aspect is to believe in yourself, in what you’re worth, and to believe that your size, or your scar, or your skinny legs don’t define you. Only if you truly believe it can you share that conviction with others.

Body positivity is about race, size, age, handicaps, and all of the other ways that a body can manifest itself. Some think this whole topic is just an exaggeration, but the more studies are done, the more we discover testimonies of people who stopped going to the beach because they didn’t want to be seen in a bathing suit, or stopped wearing skirts or shorts because they think their legs are ugly, or who don’t wear a certain color because they think it doesn’t go with their skin tone or who don’t start a business because they feel “too old for that.”

I’m not saying that you should neglect your appearance, ignore your age, or think you’ll never have any insecurities, but it is important for you not to feel constantly unhappy about the way you look, not to torture yourself in front of the mirror, and certainly not to stop doing the things that make you happy because your body makes you self-conscious.

Don’t be fooled by the photos of models on Instagram, where most of them use retouching apps (that’s why there are so many filters). Many of them also won the genetic lottery. So a flat and strong abdomen doesn’t mean they have a happier life; it’s just the tip of the iceberg, and you don’t know what’s under the sea.

Of course, being part of body positivity isn’t easy. As a society, we’ve been judging each other based on appearances for a long time. But just as there are “perfect bodies” on social networks, so there are also ambassadors for the Body Positive movement, like Ashley Graham, Any Body, and Winnie Harlow that help.

Body positivity involves slow, patient work. It’s built up day to day, and some days it’s harder than others. It’s about looking at yourself in the mirror and saying that you love yourself just as you are, although you’re not very sure that day (it’s not a question of vanity, but of self-acceptance), and of not letting anyone attack you or others based on appearances, or highlighting your strengths and not your defects, of giving compliments to someone who suffers from the same insecurities as you, and letting yourself be inspired by what is good and beautiful in the world.

Don’t let yourself be unhappy in your own skin just because you don’t look like the “perfect man or woman.” As Coco Chanel said, “To be irreplaceable, you have to be different.” So don’t try to be just like everyone else. Be yourself, in a unique and unrepeatable way. Be perfectly imperfect. Be yourself.

Read more:
Accepting oneself does not preclude an attempt to become better.