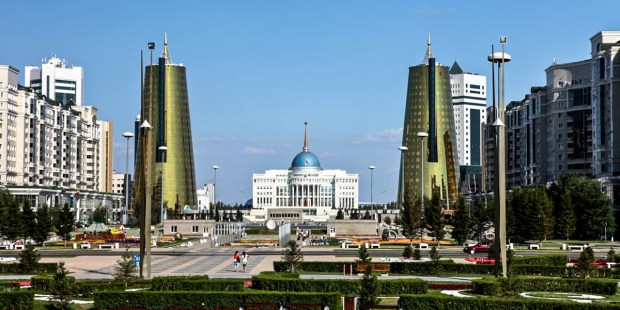 Central European country will be known as Qazaqstan.

If you were looking online for the location of Kazakhstan, you could be forgiven if you thought it was part of Russia. On Google Maps, at least, place names are listed in both Cyrillic, the alphabet of the Russian language, and Latin letters.

But if the country’s president, Nursultan Nazarbayev, has his way, citizens of the world will begin to more clearly see what has been a fact since 1991: Kazakhstan is an independent nation, although it was indeed once a Soviet state.

In late October, just about 100 years since the beginning of the Bolshevik Revolution that would lead to the Union of Soviet Socialist Republics, President Nazarbayev ordered his office to prepare for a switch to a Latin-based alphabet. The dictate is seen in part as a symbolic move to underline its independence from Russia, the Guardian reported.

The newspaper explained that oil-rich Kazakhstan has close ties with Moscow, its main trading partner, “but is wary of Russia’s ambitions to maintain its political influence throughout the region.”

The nation became part of the USSR in 1936. Four years later, Moscow introduced a Cyrillic alphabet for Kazakh, which is a Turkic language. Russia had also tried a Latin alphabet there before, to replace the language’s Arabic script.

Reintroducing Latin letters also would solve a practical problem. The Cyrillic alphabet has 42 symbols, making it cumbersome to use with digital devices, the article explains. A standard Kazakh keyboard uses almost all number keys in addition to letter and punctuation keys. The proposed Latin alphabet works around that by using apostrophe signs to modify letters.

In addition, the country’s official name would be spelled as Qazaqstan Respy’blikasy.

Kazakhstan’s change is not all that surprising, when one considers that other other Turkic-speaking nations, including Turkey and the former Soviet states of Azerbaijan, Turkmenistan and Uzbekistan, have also switched to Latin alphabets.