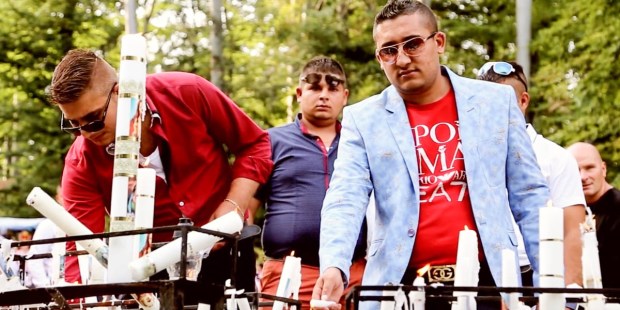 Shrine in Hungary could be a spiritual center for Gypsy peoples

At the end of Wednesday’s general audience, Pope Francis greeted a group of Hungarian Roma who plan on restoring the Csatka Shrine in Hungary in order to make it the spiritual center of the Roma people, according to L’Osservatore Romano.

Their goal, says the paper, is for “the Roma throughout Europe to rediscover their Christian roots.”

Just over two years ago, Pope Francis addressed a group of Roma who had made a pilgrimage to Rome. “I also hope that your people may start a new phase, a renewed history, so as to turn the page!,” he said. “The time has come to put an end to age-old prejudices, preconceptions and mutual mistrust that are often at the base of discrimination, racism and xenophobia. No one must feel isolated, and no one is authorized to trample on the dignity and rights of others. It is the spirit of mercy that calls us to fight in order to guarantee all these values.”

The president of the Episcopal Conference of France, Archbishop Georges Pontier, also on Wednesday denounced the “unacceptable” situation of Romanian people—particularly Roma—in France, “shuffled from one place to another.”

While acknowledging the “complexity” of the issue, he called for better integration, by means of “reasonable and realistic” solutions.

Read about two striking examples of sanctity from among the Roma people:

Although pregnant, imprisoned and severely abused, she refused to deny her faith

The saint who died rather than give up his rosary