Our “culture of tolerance” was shaped by modern thinkers and St. Paul alike 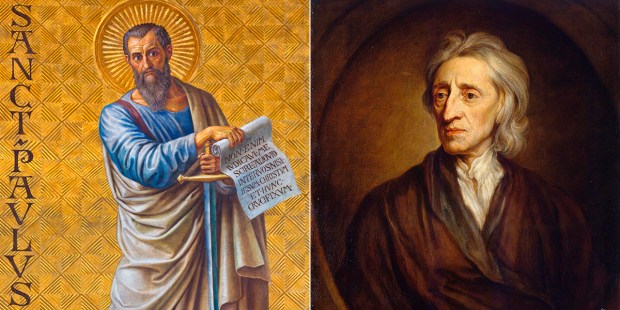 St. Paul wrote “Don’t have anything to do with foolish and stupid arguments, because you know they produce quarrels.”

Contrary to notions like justice and prudence, which have been the subject of philosophical reflection since ancient times (both of them figure prominently in Plato’s dialogues and in the Nicomachean Ethics, for instance), toleration is a distinctly modern notion. The term first started to appear consistently in the writings of philosophers around the first half of the 16th century, and it only rose into philosophical prominence in the 17th century.

The term gained relevance because it started to play an important role in two different debates. On the one hand, one might say tolerance was the cornerstone of every discussion concerning the stability of the State. Many philosophers of the 16th century were engaged in political debate, looking for proper and viable ways of making the State more stable (that is, less prone to fall into civil war). To some of them — see, for instance, Spinoza’s Tractatus Theologico-Politicus — granting the subjects of the state the rights of free thought and free speech was an arrangement that would guarantee such stability. These philosophers gave the name of “toleration” to this granting of the right of free speech to the citizens of a republic or the subjects of a kingdom.

On the other hand, the term “toleration” also became relevant in a second, different debate. At that moment, Christian societies were facing the difficulties caused by the Reformation, and many philosophers were asking how they were supposed to behave in respect to Christians from other sects and confessions. One of the philosophers facing this difficult issue was John Locke. His general stance can be formulated in simple terms: he thought that, despite their theological differences, Christians of different professions should be kind to each other and should always remember that no theological dispute should open the gates to hate and violence:

“Since you are pleased to inquire what are my thoughts about the mutual toleration of Christians in their different professions of religion, I must answer you freely, That I esteem that toleration to be the chief characteristical mark of the true church. For whatsoever some people boast of the antiquity of places and names, or of the pomp of their outward worship; others, of the reformation of their discipline; all, of the orthodoxy of their faith … Let anyone have never so true a claim to all these things, yet if he be destitute of charity, meekness, and goodwill in general towards all mankind; even to those that are not Christians, he is certainly yet short of being a true Christian himself.” (A Letter concerning Toleration)

Like many of his contemporaries, Locke found the inspiration for this answer in the epistles of St. Paul. Indeed, one finds traces of such inspiration all over his writings. Moreover, he conceived the work in which he develops, at length, his views on these matters not as an essay or as a tract, but as a letter (in fact, he himself calls it epistola) and, although it was addressed to a single individual (his friend, the Dutch theologian, Philipp van Limborch), it was clearly written having the whole Christian community in mind.

It could actually be argued that, when he spoke of toleration, Locke was thinking on the Pauline notion of charity, and that he used the term “toleration” to introduce good old Christian caritas into the modern world. But proving this is the case would require a lot more than just this post. For the time being, let us just say, to entice the reader and to point to the fruitfulness of this line of research, that it was St. Paul, and not Locke, who wrote the following lines:

“Flee the evil desires of youth and pursue righteousness, faith, love and peace, along with those who call on the Lord out of a pure heart. Don’t have anything to do with foolish and stupid arguments, because you know they produce quarrels. And the Lord’s servant must not be quarrelsome but must be kind to everyone, able to teach, not resentful.” (2 Timothy 2 22)