Does ‘Miracle on 34th Street’ need a lesson on faith? 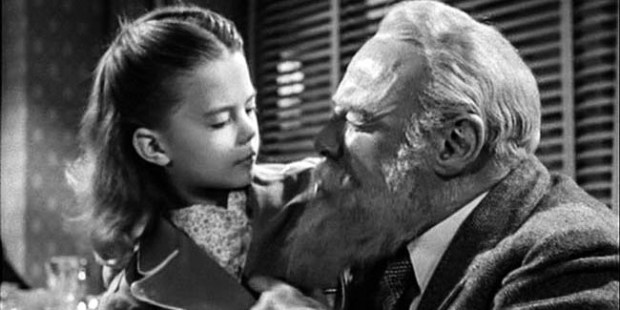 The holiday classic is as cozy and warm as a cup of cocoa, but there is that one troubling line…

Every year I wait eagerly for Thanksgiving to come and go so that the Christmas movie season can commence. Much as I like turkey and stuffing, I like It’s a Wonderful Life and White Christmas better. These films bring a nostalgic feeling as warm as the hot chocolate that sits at my elbow as I watch them. But there’s one that, though I hold it in great affection, has a moment in it that’s irritated me since I was a child. Miracle on 34th Street is a fine film, but it needs a corrective on the meaning of faith.

For those who are uninitiated or who have forgotten the basic plot: Macy’s in New York hires a store Santa Claus for the Christmas season who seems to think he’s the real St. Nick. He befriends his boss, Doris Walker, a divorced single mother who’s passed on her skepticism to her young daughter, Susan, and becomes a local celebrity through his generosity. But when he crosses the store’s in-house psychiatrist, he’s put on trial for lunacy. Moved by his kindness, Doris and Susan come to believe he really is Santa Claus.

The frustrating phrase comes when Susan asks her mother why she should believe Mr. Kringle is Santa Claus when he didn’t get her what she wanted for Christmas. “That doesn’t make sense, Mommy.” Doris answers, “Faith is believing in things when common sense tells you not to.”

Perhaps this struck the writers as profound, or maybe they just thought it cute. To me, it was neither.

Some might suggest we should give this sentence a charitable reading and interpret it to say that faith is something beyond our common sense, beyond our usual ability to know things, so that faith is the response of the heart that presses on when the mind struggles to keep up.

That is one possible meaning that could be gleaned from that dictum, and I would be happy with it. But I worry that it is all too easily read in a different way, one that opposes reason and faith.

One could just as well read this to say that faith is something not just beyond reason, but opposed to reason. It doesn’t just say that common sense doubts or struggles or recognizes the object of faith as something beyond itself — it says that in an act of faith, common sense objects, stands athwart, begs you not to proceed. In other words, it says that faith is irrational.

But this is not faith at all! Faith does not oppose reason. Faith perfects reason. Faith accompanies reason. Faith complements reason to allow reason to move further. As St. Thomas Aquinas sets out at the very beginning of his Summa Theologiae, theology is properly called a science, a branch of human knowledge, because the content of faith, revelation, is presented to human beings on their own terms — that is, in rational or intelligible terms.

And as Pope St. John Paul II said in his great encyclical on the topic, Fides et Ratio, “faith and reason are like two wings on which the human spirit rises to the contemplation of truth.”

Whenever faith appears to oppose common sense, it’s only because our sense either misunderstands the content of faith, or because our reason can only see so far. Certainly some of our beliefs, such as the inner life of the Trinity, are beyond our ability to fully grasp with our limited minds. Here faith makes a leap — but not a leap in the dark. Reason is a light that shows us the start of the path, and the voice of our Lord calling us at the other end assures us He is on the other side.

No doubt Doris Walker had to make a great leap in believing Mr. Kringle to be Santa Claus. But she’s able to do so only when her reason shows her which way to jump. That is the way of faith: a leap in the light.