How a drug addict’s life was miraculously saved by St. Juan Diego 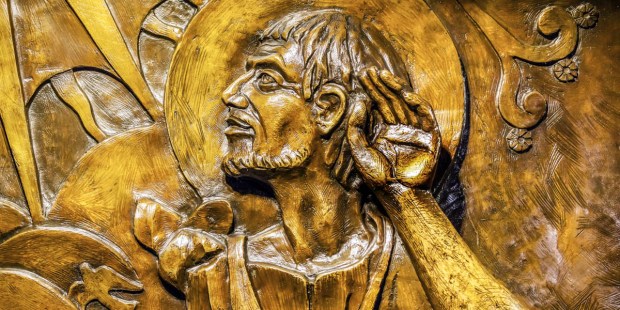 The miracle paved the way for Juan Diego’s canonization.

Juan José Barragán Silva was a drug addict. He was in his 20s and marijuana was his drug of choice. Then one day something happened that would change his life forever.

Zenit describes how on May 6, 1990, Barragán “under the drug´s influence … stabbed himself with a knife in his mother´s presence, and went to a balcony to throw himself over. His mother tried to hold him by the legs, but he managed to free himself and plunged head first to the ground.”

The scene was horrible and he was immediately rushed to the hospital in Mexico City. What happened next surprised everyone involved.

Three days later Barragán was completely cured and the doctors all agreed that it was “scientifically inexplicable.” He should have died from the fall, or at the very least become handicapped for the rest of his life.

How was this possible?

Barragán’s mother revealed soon after the words she prayed when her son was falling off the balcony. She said while invoking the intercession of Juan Diego, “Give me a proof … save this son of mine! And you, my Mother, listen to Juan Diego.”

Juan Diego is well known and loved by the Mexican people as he was the recipient of the first apparition of Our Lady of Guadalupe on December 12, 1531.

What is even more fascinating is how the fall of Barragán occurred at the exact time that Juan Diego was being beatified by St. John Paul II at the Basilica of Our Lady of Guadalupe in Mexico.

When the miracle was authenticated it paved the way for Juan Diego’ canonization on July 31, 2002. It confirmed what the Mexican people always believed, that he was holy and humble instrument of God’s love.