4 Saints who converted to Christianity 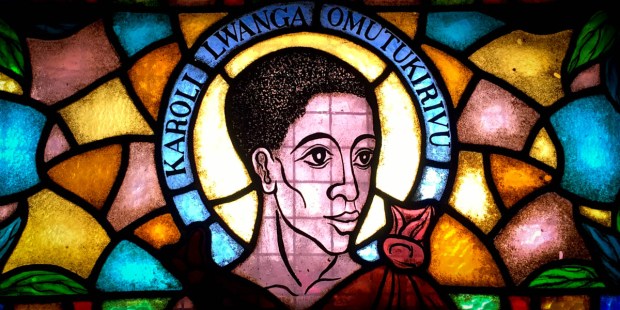 These men and women were restless in spirit, until they finally found their home in Christ.

One of the most famous conversions to Christianity was that of St. Paul the Apostle. After embarking on a journey to persecute Christians, Paul’s encounter with the risen Christ set him on a new path that not only changed him, but the world.

Since then countless souls have adopted the Christian religion from every corner of the globe. This includes many saints who not only converted, but threw themselves fully into Christianity. As with St. Paul, their encounter with Christ fundamentally changed their life and they simply could not go back to their former way of life.

Here is a small selection of saints who felt called to embrace the Gospel of Jesus Christ.

The daughter of a Japanese aristocrat, Kitahara was raised in the Shinto religion. After World War II she felt a deep emptiness within her and began searching for truth. She was inspired by faithful Christians living in Japan and was baptized at the age of 20. After converting she tended to the needs of the poor and taught catechism to children.

Born to Jewish parents in Italy, Labor attended the University of Vienna to become a doctor. He met his wife there and was married in a Jewish ceremony. Life changed dramatically for him during World War I and he was enlisted as a medical officer in the Italian army. During his time on the front he was baptized, along with his wife, because of a vow he made to the Blessed Mother. After the War Labor set up a medical practice where he served the poor of the city. After his wife’s death, he became a priest and endured many sufferings before his death.

Growing up among the Mohawk people near Auriesville, New York, Tekakwitha was the daughter of a Mohawk chief. After a smallpox outbreak her parents died and she was raised by other relatives. Jesuits were eventually allowed to visit the local villages and one day Tekakwitha met a Jesuit priest who catechized her. She took the name “Kateri” (Catherine) after being baptized and took Jesus as her spouse.

Raised in the Baganda tribe in Uganda, Lwanga first heard of Christianity from members of the court of Chief Mawulugungu. There he learned more about the person of Jesus Christ and began his road to Christianity. After Mawulugungu’s death, Lwanga was a page in the court of King Mwanga II. The new king began to fiercely persecute Christians and Lwanga saw the leader of the pages killed. Strengthened by the example of the martyrs who died, Lwanga requested baptism, but soon after was imprisoned and killed for his courageous faith.

Read more:
How do I become Catholic?

Read more:
What brought a Japanese aristocrat to Christ?