Here’s why some Christians observe 70 days of Lent 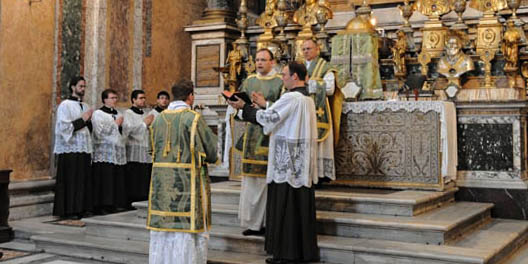 The reason is biblical.

While most are familiar with the 40 days of Lent, did you know some Christians observe a period of 70 days of Lent? It is an ancient practice that is biblical and full of spiritual meaning.

The liturgical discipline is usually called Septuagesima (from the Latin word meaning “seventieth”), and begins on the ninth Sunday before Easter. It is classified as a “pre-Lenten” season and included in the “Easter Cycle” in the liturgical year.

The practice dates back at least to the 8th century and primarily consists of three Sundays that precede the beginning of Lent (Septuagesima, Sexagesima, and Quinquagesima, from the Latin for the 70th, 60th, and 50th days before Easter). The “40th” day is called Quadragesima Sunday and occurs after Ash Wednesday. Included in this practice is the wearing of violet vestments and the omission of the Gloria and Alleluia in the liturgy.

Each Sunday also has a particular scriptural emphasis, delving into the early periods of salvation history and finding the fulfillment of all things in Jesus Christ.

Spiritually speaking the season of Septuagesima has been said to represent the 70 years of Israel’s exile in Babylon. While on the other hand the Catholic Encyclopedia explains that, “it may simply denote the earliest day on which some Christians began the forty days of Lent, excluding Thursday, Saturday, and Sunday from the observance of the fast.”

This particular season continues to be practiced by those who follow the calendar of the Extraordinary Form of the Roman Rite.

In some Eastern churches there is a similar pre-Lenten season. One Orthodox priest explains, “Orthodox Christians observe the beginning of the pre-lenten season of the Church year through use of a liturgical book known as the Triodion. Use of the Triodion begins with the Sunday of the Publican and Pharisee, the 10th Sunday before Holy Pascha [Easter] and the 22nd day before the beginning of Great Lent.” Each of these Sundays in this period have a specific scriptural focus that prepares a person for the observance of Great Lent.

Both traditions from the East and West place an emphasis on preparation for the upcoming season of Lent, a special time when Christians are called to enter into the desert and examine their lives and prepare their hearts for the Paschal mystery.

Read more:
Lent is almost here! Here’s what you need to know