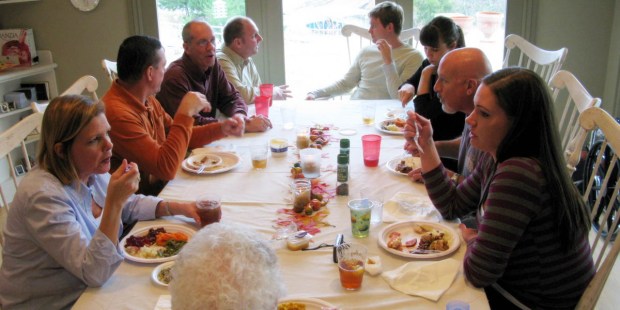 How do we avoid the “prophet’s curse”?

I used to teach a unit on language in my philosophy of the human person classes. The author we read gave a confident argument that language was absolutely central to the human experience, and he gave three simple reasons in support of his conclusion: 1) humans talk frequently, 2) they talk about everything in reality, and 3) they clearly enjoy talking.

I find a confirmation of the general truth of that argument nearly every day during the 10-minute ride home from my children’s school. During the ride, there is: 1) no silence; 2) no subject too esoteric (“Daddy, are giraffes nice to you?”), and 3) no reason to avoid bursting into tears if ordered to remain silent for approximately five seconds to allow a different child to finish speaking. Clearly, speaking is very important.

Nevertheless, despite the nearly incontrovertible evidence offered by my own children, we might consider some possible rebuttals to this argument about language and life.

While we can talk about everything, do we actually do so?

Aren’t there certain subjects we avoid, perhaps for the very reason that we don’t like talking about them?

The paradox deepens when we ponder that it isn’t just nasty stuff that we often avoid discussing; it is also the very best stuff, such as God. For a lot of us, one of the most difficult things to do is to talk about God with our spouse, our children, or our extended families.

A passage in Chapter 6 of the Gospel of Mark seems to echo our unease. Jesus returns to Nazareth, his native place, to teach in the synagogue there. Yet Christ’s attempt to “talk about God” falls flat: the people actually take offense at his wisdom. Their lack of faith in him is so great that Jesus is “amazed” by it, yet he does not find it completely inexplicable. Christ finds a reference in the Scriptures through which he interprets the situation: “A prophet is not without honor except in his native place and among his own kin and in his own house.”

When we read that passage, the temptation is to say: “Aha! I’m off the hook! If Jesus couldn’t do it, what hope is there for me!”

However, I think we should not be too quick to use this passage of Scripture to excuse ourselves from talking about God with our families. The Church does not tire of reminding us that parents are the primary educators of their children, especially in matters of the faith. If you think you can accomplish that mission merely through a series of pictures scrawled on a dry erase board … good luck. Odds are that you are going to need some words at some point: “Daddy, that’s a really great robot and alien spaceship.” “Son, that’s a picture of the Cross and the Holy Spirit.” “Daddy, why are you so bad at drawing? Aren’t dads supposed to be good at things?”

The situation isn’t, in fact, any different with regard to one’s spouse. As Chapter 9 of Humanae Vitae explains, the love of spouses must be “total.” We’re accustomed to hearing that “totality” explained in terms of the Church’s teaching on contraceptive intercourse, but surely it applies to our day-to-day conversations as well. What sort of “total” friendship would a husband and wife truly have, if they cannot discuss God, that which is supremely important?

Pope Francis makes this clear in Amoris Laetitia 72 and 321: The spouses are witnesses of the faith “for each other,” and not merely for people in their places of work or worship.

So if we must speak about God to our families, how can we possibly do so successfully? How do we avoid the “prophet’s curse”?

I would like to return to the Gospel of Mark to offer a suggestion: this time to Chapter 5, the ending of the story of the Gerasene demoniac.

After having a “legion” of demons driven out of him, the man who had formerly been possessed pleads with Jesus to accompany him as a disciple. Christ refuses his request and gives the man a different mission: “Go home to your family and announce to them all that the Lord in his pity has done for you.”

The mission of the formerly possessed man is not to be a prophet, in the sense of one possessing some sort of special teaching from God, but rather to simply tell his story to his family. His job is just to explain the obvious benefits he has received from the action of Christ.

Such a form of witness is well within our grasp, even with our own spouses and families. People—and yes, family members are people, too—always want to know what is good and how to get it. Our spouses and children are naturally interested to know why we seem less stressed out, or how the same behavior from little Hannibal that triggered our temper last week and ended with yelling and the ritualistic destruction of a toy was suddenly handled with such remarkable equanimity this time around.

We aren’t being preachy, or annoying, if we just give the honest answer: “I’ve been praying about it, and God has helped me to see Hannibal’s behavior in a different light and react to it a different way. I’m starting to feel that peace we always pray about at Mass. It’s weird, I know.”

(Actually, it isn’t weird at all. It’s the transforming power of the sacrament of marriage. But’s that’s a different essay.)