Excommunication: What is it and does the Church still do it? 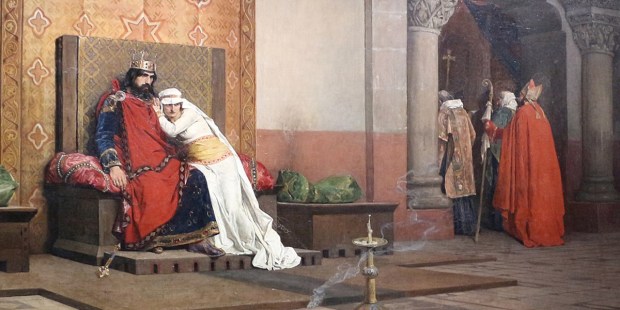 Often, in fact, it is the person who chooses to excommunicate himself.

Excommunication can be a frightening word. It even looks disturbing written out on paper: E.x.c.o.m.m.u.n.i.c.a.t.i.o.n. The reality is no less grave. We’ve all seen that arresting scene from the movie Becket, when the titular archbishop excommunicates Lord Gilbert. The ominous snuffing out of candles in the medieval liturgy evokes the spiritual darkness that those dismissed from the Church’s communion enter.

But to understand what excommunication is, we should not focus principally on this darkness. Darkness is not the point, at least for the Church’s pastors. Light is the point. While excommunication excludes a Catholic from many of the Church’s spiritual goods, its purpose in fact is to encourage conversion, the excommunicate’s return to the light of truth and the communion of grace.

Read more:
Australian priest excommunicated for breaching the Seal of the Confessional

On the one hand, an excommunication can be incurred automatically. This is what canon law calls a latae sententiae excommunication. In these cases, the law itself passes the sentence of guilt.

An automatic excommunication is attached to what the Church considers very serious ecclesiastical crimes: apostasy, heresy, and schism; throwing away the Sacred Body or Precious Blood of Christ or retaining either for a sacrilegious purpose; the use of physical force against the pope; a priest’s absolution of someone who is the priest’s accomplice in a sin against the sixth commandment (the absolution itself is invalid); a bishop’s consecration of another bishop without a pontifical mandate; a confessor’s direct violation of the seal of confession; the procuring of a completed abortion; and the recording and/or the subsequent divulging of the recording of a sacramental confession.

In these cases, the sinner excommunicates himself simply by virtue of a grave act that he freely chooses to perform. The Church recognizes, of course, that there can be circumstances that limit a person’s ability to incur an automatic excommunication, for instance if a person commits an ecclesiastical crime through ignorance or coercion. If an automatic excommunication is in fact incurred, however, it at first remains undeclared; it can only be declared—made official and public—at the conclusion of an official investigation by the Church.

On the other hand, the commission of other serious offenses can result in the imposition of an excommunication, usually after an investigation by Church officials. Canon law calls this a ferendae sententiae excommunication. Before this kind of excommunication can be declared, however, the guilty person must be warned of it and be given time to repent.

A Catholic who has incurred an undeclared automatic excommunication is forbidden to participate ministerially in the Mass or other liturgies; to celebrate the sacraments or sacramentals (e.g., blessings), or to receive the sacraments; to exercise any ecclesiastical offices, ministries, or functions; to gain indulgences; and to celebrate marriage without permission of the local ordinary. One may, however, attend Mass, celebrate the Liturgy of the Hours, and participate in popular devotions.

If at the end of an official investigation an undeclared automatic excommunication is declared, or if an excommunication is imposed ferendae sententiae, additional measures come into effect, such as the excommunicate’s being forbidden to stand as a godparent at a baptism or as a sponsor at a confirmation.

Once the offender has truly repented of his crime and made, or has promised to make, suitable reparation for the damages and scandal he has caused, the competent authority must remit the excommunication. Only the Holy See can remit some excommunications, while others can be remitted during the Sacrament of Penance.  If an excommunicated Catholic is in danger of death, any confessor is authorized to remit any and all penalties.

However unpleasant a reality excommunication may be, it has in the Church’s eyes a medicinal quality, and by design it is not intended to be permanent. From this perspective, excommunication is best viewed as the “tough love” Mother Church must sometimes exercise with unfaithful or stubborn souls. She acts, of course, out of her concern for the salvation of souls, which always remains her supreme law.