Why this Catholic astronomer is hoping we find extraterrestrial life 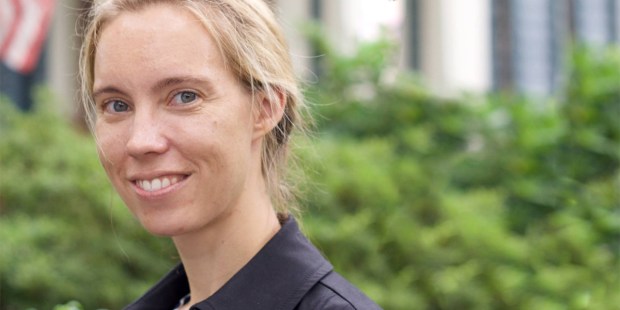 Harvard astrochemist Karin Öberg told Aleteia, “Wouldn’t it be really cool to talk to another species that had a relationship with God … ?”

Karin Öberg hopes there is intelligent life on other planets.

That’s not only because her job as an astronomer is to look for solar systems that could be home to life. It’s also because of her Catholic faith. “I would hope yes,” Öberg said in a recent interview with Aleteia. “It would be so exciting to meet rational animals that are not humans and the same holds for non-rational life also. Again, we don’t know but I wouldn’t be doing what I do for a living if I didn’t think they existed.”

Öberg is an astrochemist at Harvard University whose research focuses on protoplanetary disks around other stars and how their chemical composition makes the planets that form out of them hospitable to life. Öberg spoke with Aleteia after a lecture on the science and theology of other worlds on March 5 at Brown University, hosted by the Thomistic Institute.

Just what are the chances that there is another earth out there with rational animals like us? Öberg won’t say how probable it is because probability involves a scientific calculation that can’t yet be made. But her gut instinct says yes. Her hope is driven by both professional as well as spiritual considerations.

“Wouldn’t it be really cool to talk to another species that had a relationship with God but must look different because it’s not influenced by our story?” Öberg told Aleteia. “I realize we’re very limited in what we can do but getting a second data point I think would be helpful.”

As a scientist, Öberg may not be ready to talk about the probability that there is intelligent life, but she can talk about whether there are planets that would be conducive to it. Here there is more data. Planets around other stars, technically known as exoplanets, were hypothesized in 1584 by the Italian monk and philosopher Giordano Bruno, but the first one was not discovered until 1995. Since then, the existence of thousands has been verified. In 2016 alone, scientists found 1,284 new exoplanets.

At least three big criteria must be met in order for an exoplanet to be hospitable to life, according to Öberg. First it must be small and rocky, like earth. Second, it must be the right distance from the star it is orbiting. Being too close or too far would make the planet correspondingly too hot or too cold. Finally, because it is a good solvent for the necessary organic chemicals, water is essential for life.

Based on those criteria, is it certainly possible there are life-friendly worlds out there. Out of 4,034 total exoplanets, as of last summer, 50 were earth-like and in the “habitable zone” of their stars, according to the New Scientist. As for water, while it is unique, it is “one of the most common things in space,” according to Öberg.

And that’s about as far as science goes, leaving so far unanswered the big question about other intelligent life. “We do not yet know whether any of these extraterrestrial planets are inhabited or not, even by the simplest life-forms. Are we inhabiting a universe teaming with life, that seems to have the transition from non-living to living matter built into its laws? Or are we a lonely ark, traveling through space and time carrying all living things with us?” Öberg asked in her lecture.