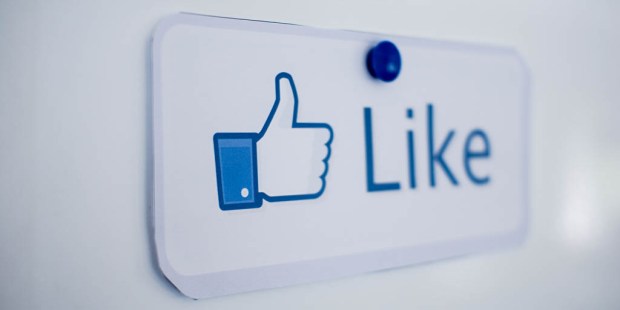 An increase in the popularity of values-aligned advertising comes with a decrease in religious participation.

A Burger King YouTube video, “Bullying Junior,” gained widespread attention a few months ago. The short, branded video poses a social experiment. In a Burger King restaurant the company fabricated a scene of junior high kids “bullying” another kid in the presence of real customers. While the charade continues (all of the kids are actors), the duped customers are served a crushed, or “bullied,” Whopper Jr. As the audience, we watch this Candid Camera-like scene unravel, witnessing how each customer responds to both the display of sophomoric injustice and reception of a mutilated meal.

As it turns out, 95 percent of Burger King’s customers complained of the crushed Whopper Jr., while only 12 percent interfered to stop the bullying going on right in front of them. Burger King’s Youtube video is both clever and commendable. And at the conclusion of the video we’re left with a call-to-action to help stop bullying by visiting a non-profit organization’s website, nobully.org. From a strictly business and branding standpoint, the video has been successful with over 3 million views on YouTube and hundreds of thousands of views on Burger King’s Facebook page.

While the encouragement to stop a pervasive societal malady is noteworthy, there is something revealing about Burger King’s tapping into a social concern that, ultimately, has nothing to do with charbroiled beef and fried potatoes. It’s analogous to another famous advertising ploy: Dove’s “Real Beauty” campaign, which seeks to help women form positive relationships with their looks and build self-esteem. Whether or not Dove has achieved its missional aim of helping women appreciate their authentic beauty since the inception of the campaign in 2004 is up for debate, but there is no doubt it has been wildly successful as a marketing strategy, with sales increasing from $2.5 billion to $4 billion.

It’s worth noting that, although consumers’ increased desire to purchase from ethical and socially concerned companies like Toms or Patagonia is partly due to widening global perspectives, environmental concerns, and other social factors, there is something revealing about a deep human need that these successful brands are tapping into — the abiding desire by young people to participate in some communal and social endeavor that imbues purpose and meaning.

In this way, brands are assuming the role of signifier of meaning and purpose for others. By merely “liking” a Facebook advertisement I can participate in something meaningful — I too can fight to stop bullying, remedy female misconceptions about beauty, or whatever else. And with social media’s ubiquity and draw, I have all the more reason to engage with a values-aligned brand online because now my peers can witness my good deed. My alignment with a noble cause fulfills, at least partially, my need to be both a participant in some meaningful, purposeful endeavor and to be affirmed by my peers within a community. As a result, I’m baptized by the flowing streams of YouTube videos into a life of identity and meaning.

It’s telling that the increased popularity of this type of values-aligned branding comes with a decrease in religious participation among young people, a topic that has been widely covered and detailed by organizations like the Pew Research Center. Aside from religious participation, however, Americans’ participation in other meaningful social endeavors — from attending PTA meetings to organizing cul-de-sac BBQs with neighbors to lobbying for local legislation — has decreased as well. Robert Putnam unpacked some of these phenomena in his book, Bowling Alone, which is now almost 20 years old, signaling that this isn’t a recent trend.

This strategy of aligning a brand’s identity with some meaningful social concern — something that has been adopted by many of the most successful brands today — has no doubt proved to be good for business. Yet, these strategies are greatly aided by the overall transformation in the game of advertising, thanks to technological innovations like smart phones, “Big Data,” and behavioral targeting. Whereas brands were once circumscribed in their advertising reach to specific spaces — a billboard over the highway, a print ad stuffed in a catalog, a banner ad on a desktop computer — with the proliferation of digital touchpoints such spatial and temporal confinement is loosened. Now brands can wrest your attention no matter where you are — sitting on the toilet, lying in bed in the middle of the night, running trails along the coastline — thanks to services like Facebook, Instagram, Spotify, and so on. This goes hand in hand with an increase in user-specific data that ensures branded advertisements are dished to the right consumers with resonant messaging based on preferences, past behaviors, and probable outcomes.

Coupled with never-ending touchpoints and a cornucopia of consumer data, many brands now have the means to garner loyalty and support by inviting potential consumers to participate in and interact with their advertising with the aim of satisfying dual consumer needs: to view themselves as contributors to a meaningful cause for the purposes of shaping positive self-identities and to have such alignments perceived and affirmed by their peers. Pope Benedict XVI described once that it’s not the “result of an ethical choice or a lofty idea, but the encounter with an event, a person, which gives life a new horizon and a decisive direction.” It’s an interesting claim, one that promises the infusion of purpose and direction into one’s life by coming in contact with Christ. It’s also a claim that is redolent of some of the implied promises many brands extend through their advertising narratives. Of course, this isn’t to say that brands can’t or shouldn’t continue to serve the public through awareness campaigns and the facilitation of, even if somewhat tenuous, online communities. Instead it merely reveals something about us, and specifically those of us from younger generations. If the overall trend in physical community involvement and religious or church participation continues, it will be concerning to see what forms of purpose-signifying phenomena take their places, albeit with no lasting and meaningful success.