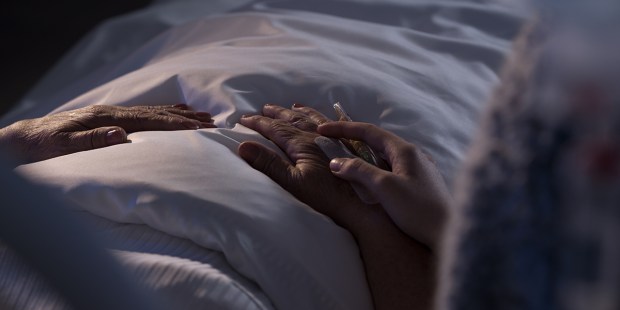 Terminal patients who have been told by their doctors, “There’s nothing more we can do,” may soon have another option.

The U.S. House of Representatives passed a bill on Wednesday that would give patients with a condition that is likely to cause death “within a matter of months” or “irreversible morbidity that is likely to lead to severely premature death” a right to try unproven experimental treatments, the New York Times reported.

The measure, which passed by a vote of 267 to 149, would let patients try potentially life-extending drugs without waiting for the completion of clinical trials or going through a process established by the Food and Drug Administration to allow the use of “investigational drugs” outside clinical trials.

Although the bill would not require pharmaceutical companies to provide experimental drugs to patients who requested them, the legislation would shield drugmakers, doctors and hospitals from some of the legal risks of providing unapproved drugs to patients. Drug manufacturers sometimes turn down requests because they have only a limited supply or they are concerned about legal and medical risks.

Phil Roe, a physician who is also a Republican representative from Tennessee, said during the House debate that he had been operated on for cancer six months ago. “If needed, I would like to have the right to try,” he said. “A little over three years ago my beloved wife, Pam Roe, nurse and friend, died of Stage 4 colon cancer. She would have liked to have the right to try.”

But many Democrats, such as Rep. Frank Pallone Jr. of New Jersey, said the bill would weaken the ability of the F.D.A. to protect patients.

“If you eliminate F.D.A. review, as this bill does, you are putting patients at risk,” Pallone said.

Although President Donald J. Trump supports the bill, it is opposed by groups such as the American Cancer Society and the National Organization for Rare Disorders. The latter group, which represents people with rare diseases, said the bill could generate false hopes and “undermine patient safety standards” without increasing access to lifesaving drugs.

Rep. Joe L. Barton, R-Texas, countered that in some cases false hope is better than no hope. He said he had helped his brother obtain an unapproved experimental drug for liver cancer, which didn’t work, but “he had that last shot.”

Several former commissioners of the F.D.A. said the bill was unnecessary because patients with a serious disease or condition could already obtain experimental medicines through a program known as expanded access or compassionate use.

The agency says it approves 99 percent of the requests it receives under this program, but in some cases, it recommends changes to protect patients before allowing the treatment to proceed.