"We believe that we have the precise image of what Jesus looked like on this earth," said Professor Giulio Fanti of the University of Padua.

“This statue is the three-dimensional representation in actual size of the Man of the Shroud, created following the precise measurements taken from the cloth in which the body of Christ was wrapped after the crucifixion,” explains Giulio Fanti, teacher of mechanical and thermal measurements at the University of Padua, who studies the Shroud. Based on his measurements, the professor has created a “carbon copy” in 3D which, he claims, allows him to affirm that these are the true features of the crucified Christ. 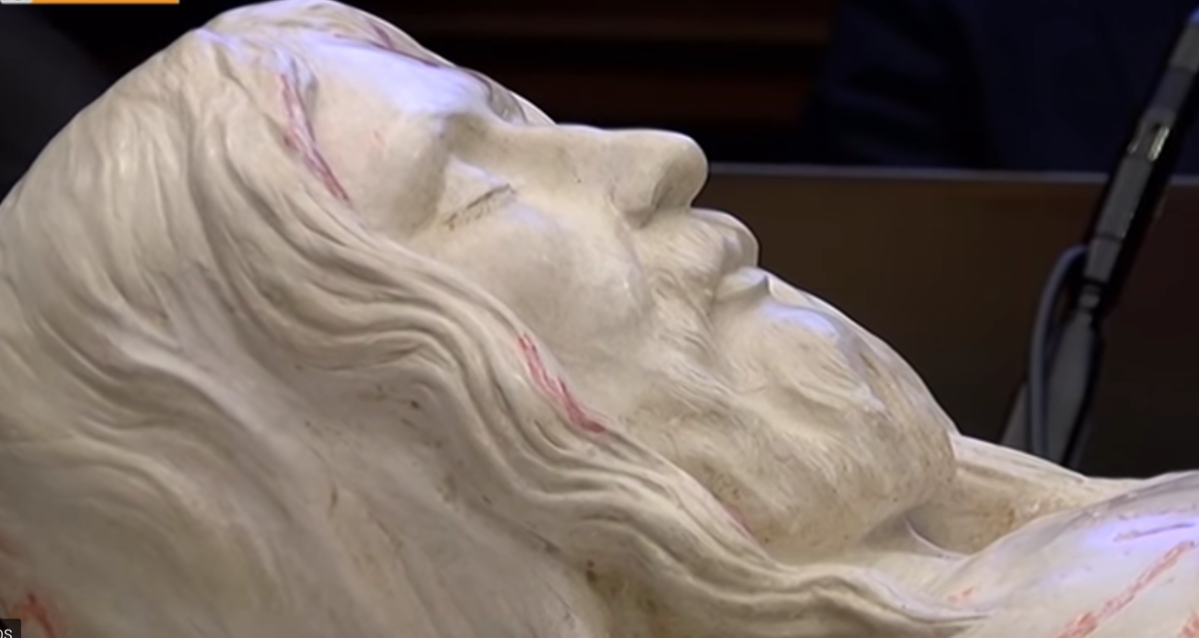 “Therefore, we believe that we finally have the precise image of what Jesus looked like on this earth. From now on, He may no longer be depicted without taking this work into account.” The professor granted exclusive coverage of his work to the weekly periodical Chi, to which he revealed: “According to our studies, Jesus was a man of extraordinary beauty. Long-limbed, but very robust, he was nearly 5 ft. 11 in. tall, whereas the average height at the time was around 5 ft. 5 in. And he had a regal and majestic expression.” (Vatican Insider)

Through the study and three-dimensional projection of the figure, Fanti was also able to count the numerous wounds on the body of the man of the Shroud:

“On the Shroud,” the professor explains, “I counted 370 wounds from the flagellation, without taking into account the wounds on his sides, which the Shroud doesn’t show because it only enveloped the back and front of the body. We can therefore hypothesize a total of at least 600 blows. In addition, the three-dimensional reconstruction has made it possible to discover that at the moment of his death, the man of the Shroud sagged down towards the right, because his right shoulder was dislocated so seriously as to injure the nerves.” (Il Mattino di Padova)

The questions surrounding the mystery of the Shroud are still intact; certainly, in that tortured man we see the signs of suffering in which we find also a piece of each one of ourselves, but also—seen by the eyes of faith—hope that this man was not just anyone, but the Man par excellence, that “Behold the Man” who appeared docilely before Pilate and who, after the terrible flagellation, was raised up on the cross as an innocent man; not only innocent, but taking upon himself the guilt of all people. While belief in the Shroud is not obligatory, even for Christians, the exceptionality of that piece of linen remains there to challenge our understanding and our certainties, almost like a certain Jesus of Nazareth, who challenged our certainties by loving his persecutors, forgiving them from the cross, and conquering death, 2,000 years ago …

This article first appeared in the Italian edition of Aleteia.