How many times did Jesus appear after his resurrection?

In all, Jesus is recorded as appearing 10 times to his disciples in his resurrected body.

After Jesus rose from the dead, he appeared to his disciples on numerous occasions. This he did not just on a single day, but on several days between his resurrection and ascension into Heaven.

How many times to be exact?

Technically speaking we don’t know every single time that Jesus appeared to his disciples during these 40 days. John himself explained how the Gospel accounts were not a complete historical record, “Jesus did many other signs in the presence of the disciples, which are not written in this book” (John 20:30).

However, the Gospels do record several of them. In all, Jesus is recorded as appearing 10 times to his disciples in his resurrected body.

Jesus said to her, “Mary.” She turned and said to him in Hebrew, “Rabboni!” (which means Teacher). Jesus said to her, “Do not hold me, for I have not yet ascended to the Father; but go to my brethren and say to them, I am ascending to my Father and your Father, to my God and your God.” (John 20:16-17)

Other Women (possibly Mary of Clopas, Mary the mother of James and Joanna)

So they departed quickly from the tomb with fear and great joy, and ran to tell his disciples. And behold, Jesus met them and said, “Hail!” And they came up and took hold of his feet and worshiped him. Then Jesus said to them, “Do not be afraid; go and tell my brethren to go to Galilee, and there they will see me.” (Matthew 28:8-10)

Two Disciples on the Road to Emmaus

That same day two of Jesus’ followers were walking to the village of Emmaus, seven miles from Jerusalem. As they walked along they were talking about everything that had happened. As they talked and discussed these things, Jesus himself suddenly came and began walking with them. (Luke 24:13-43)

The Disciples (Without Thomas)

As they were saying this, Jesus himself stood among them, and said to them, “Peace to you.” (Luke 24:36)

The Disciples (With Thomas)

The doors were shut, but Jesus came and stood among them, and said, “Peace be with you.” Then he said to Thomas, “Put your finger here, and see my hands; and put out your hand, and place it in my side; do not be faithless, but believing.” Thomas answered him, “My Lord and my God!” Jesus said to him, “Have you believed because you have seen me? Blessed are those who have not seen and yet believe.” (John 20:26-29)

After this Jesus revealed himself again to the disciples by the Sea of Tiberias; and he revealed himself in this way. Simon Peter, Thomas called the Twin, Nathanael of Cana in Galilee, the sons of Zebedee, and two others of his disciples were together. (John 21:1-2)

Then he appeared to more than five hundred brethren at one time, most of whom are still alive, though some have fallen asleep. (1 Corinthians 15:6)

St. James and the Apostles

Then he appeared to James, then to all the apostles. (1 Corinthians 15:7)

Then he led them out as far as Bethany, and lifting up his hands he blessed them. While he blessed them, he parted from them and was carried up into heaven. And they worshiped him, and returned to Jerusalem with great joy, and were continually in the temple blessing God. (Luke 24:50-53) 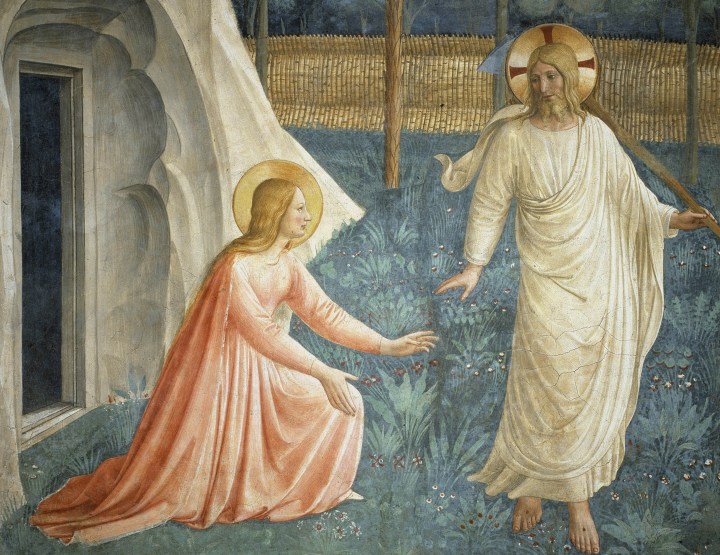