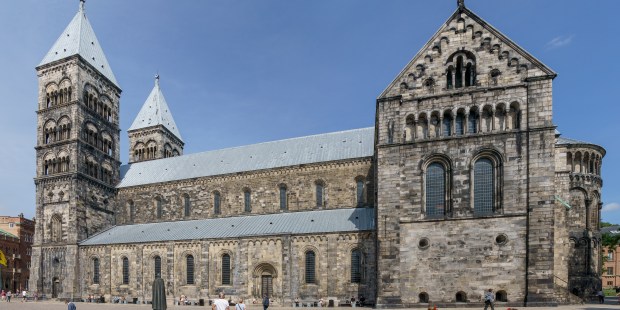 For the first time in 500 years, Catholic Mass will be celebrated in Sweden’s Lund Cathedral.

The Lutheran church has offered use of the cathedral starting on October 21 to the Catholic parish of St. Thomas while that church is closed for renovations.

Pope Francis’ visit to Sweden in October of 2016 for a joint Catholic-Lutheran commemoration of the 500th anniversary of the Reformation was partly responsible for the offer, says Rev. Lena Sjöstrand, according to Vatican News.

At that meeting the Pope and leaders of the Lutheran World Federation prayed for forgiveness and made pledges to “remove the remaining obstacles” to full Christian unity.

The pope’s visit “touched so many people,”  said Sjöstrand. In an effort to demonstrate to people that it was not “a one-off event,” she said the two religious communities have since held monthly joint Vespers in each other’s churches.

The Lund Cathedral dates back to the 11th century, and was the center of Catholic Scandinavia, spawning more than 20 churches, monasteries and convents in the diocese. During the Reformation, all of Lund’s churches were destroyed except for the cathedral and Klosterkyrkan, a former Benedictine monastery church.