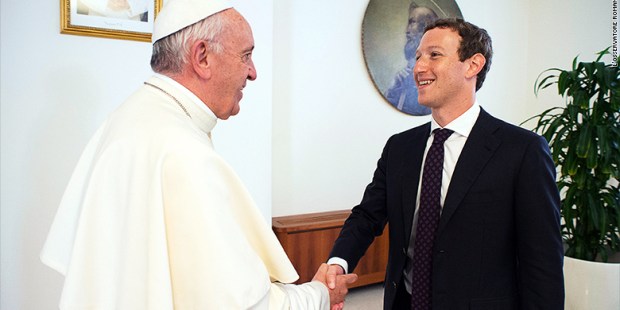 The CEO of Facebook claimed the “mistake” was not made because of bias at the social network.

During his 2-day congressional hearing, Mark Zuckerberg was subject to questioning about Facebook’s recent censorship of a Catholic advertisement. When the topic was brought up by Washington state Congresswoman Cathy McMorris Rodgers, Zuckerberg apologized to the panel, claiming the company had “made a mistake” in blocking the advertisement. He went on to emphasize the large number of advertisements which Facebook must review daily, stating, “I wouldn’t extrapolate from a few examples to assume that the overall system is biased.”

The ad in question was for a Catholic theology degree by Franciscan University of Steubenville, featuring an image of The San Damiano Cross, a 12th-century cross most commonly associated with the school’s patron, Saint Francis.

The censorship was brought to public attention by Tom Crowe, web communications director for Franciscan University of Steubenville, who alerted news sources  after Facebook responded to the ad, claiming the content fell into the category of, “shocking, sensational, or excessively violent content.”

The congressional panel continued to press Zuckerberg for comments on possible bias from the social media network, claiming that Facebook had blocked more than two dozen Catholic pages, as well as some conservative content, “after determining their content and brand were, quote, ‘unsafe to the community.’”

In response, Zuckerberg reiterated that, “Facebook and the tech industry are located in Silicon Valley, which is an extremely left-leaning place,” but added that he is committed to “making sure that we do not have any bias.”

Before the congressional hearing, Crowe was contacted by a Facebook spokesperson who apologized for the inconvenience, and explained, “sometimes we make mistakes.” The spokesperson also informed Crowe that the advertisement had been approved.

While it was never explained to Crowe how the mistake was made, the experience did lead him to muse about our culture’s current view of the Cross:

“The San Damiano Cross. Jesus in glory, reigning from his cruciform throne. This is what the monitors at Facebook consider excessively violent, sensational, and shocking,” he wrote in an article on the university’s website, titled “He was Rejected.”

“And indeed, the Crucifixion of Christ was all of those things. It was the most sensational action in history: man executed his God.”

“It was not the nails that held Jesus to the cross: he was God, he could have descended from the Cross at any moment,” said Crowe, quoting Catholic author Fr. Mike Schmitz.

“No, it was love that kept him there. Love for you and for me, that we might not be eternally condemned for our sins but might have life eternal with him and his Father in heaven.”