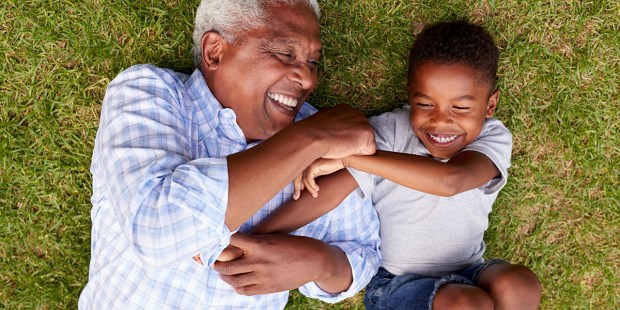 The most natural place to start is from within your own family.

My ex-husband and I got divorced when our son was two. After the divorce he moved to the west coast where he’s re-married and has other children. He supports our son financially and sends cards on birthdays and holidays but other than that, he isn’t active in my son’s life at all. My son and I have always managed as a family fine, but as my he’s gotten older (he’s 12 now) I can see where not having his father around is affecting him socially and making him less confident. Sometimes I feel helpless as his mother to help him because I don’t know what it’s like to be an awkward preteen boy. In the absence of a father figure, what advice can you offer to help my son be exposed to good role models and build up his confidence?

I personally understand the difficulties that single mothers face trying to raise young boys into men. After my divorce, reading the statistics for boys growing up without a father’s regular presence haunted me. Boys are more likely to live in poverty, have higher instances of drug and alcohol abuse, deteriorated physical and emotional health, and more likely to drop out of high school and be incarcerated.  It’s an awful reality that makes a mother’s job of raising boys alone all the more daunting.

That’s not to say that all boys raised by single mothers are doomed, and we should never let negative statistics defeat us from even trying. These statistics are simply meant to illustrate the necessity of positive male role models for young men. You’re right to recognize that need in your own son’s life and actively seek those influences.

I’ve spent many years as a parent cultivating relationships with friends and getting involved in various organizations to help provide my son exposure to positive male role models and I will happily share with you what I’ve learned.

The most natural place to start is from within your own family. If you have any adult males with families of their own you could ask them to include your son in their activities from time to time. If your father is close enough perhaps you can ask him to take a more active role in his grandson’s life, if he isn’t already.

My dad treasured the time with my son when he was younger, taking him for haircuts at the barbershop and ice cream after. That was their thing every month. Now that my son is older they spend time together working on model airplanes and going to the driving range.

A good godparent or Confirmation sponsor will also be of benefit to your son. Ask your son’s godparents to pray for him and send him letters of encouragement. You can also suggest that your son’s godfather take him to Mass or adoration and then out to lunch from time to time.  Let him be involved in celebrating milestones like the anniversaries of Confirmation, first Communion, and Baptism.

I’ve also found an invaluable resource in other Catholic married couples with children close in age to my son. I know as a single person it’s tempting to get involved in activities geared towards singles and surround yourself with other single people for support and to commiserate but it is very important to include married couples in your social circle. Spending time with them will help your son observe how husbands and fathers interact with their own families.

There are some great organizations that are geared toward enriching the lives of boys and young men within the Catholic Church as well, groups like the Squires of the Knights of Columbus and Fraternus. Check for a local chapter in your area and call your Diocesan office of Education or Vocations to see if they have programs geared toward young men, such as summer camps or weekend retreats. Altar serving was pivotal in changing my son’s behavior in Mass and taught him to have pride in his appearance at church. As he got older it also put him in the role of mentor to the young, new servers.

Even having your son involved in sports or clubs centered around his interests and hobbies will provide opportunities for mentoring from solid role models.

While none of this is an actual substitute for the presence of a father, it certainly gives your son an outlet to explore and practice his boyness in safe nurturing environments that will help him become a more confident young man.