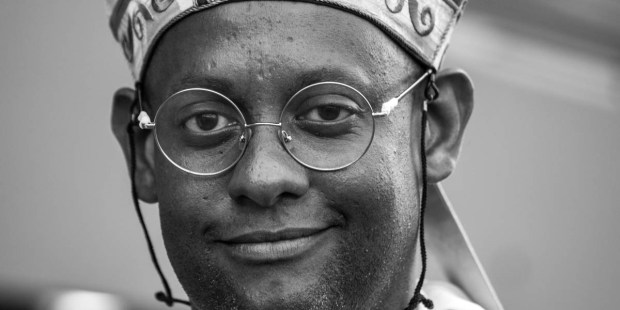 “Marriage is often seen as the completion and not as a prerequisite for life as a couple.”

After their audience with Pope Francis on April 16, the bishops of the West Indies, including 18 in office, continued their ad limina visit to the Vatican with the tour of the dicasteries of consecrated life, culture, the new evangelization, divine worship, integral development, and the family.

Bishop David Macaire, a young archbishop from Fort-de-France in Martinique, shared his impressions with I.MEDIA in Rome.

What do you take away from your meeting with the pope?

I found him very relaxed and free. He kept us nearly three hours. He gave us the impression that we were important. It is even we who suggested perhaps it was time to leave! I have the image of the Church as a river in which one can swim to the right or to the left. Some in the media classify the pope in these political categories, but I could see that he is very clear on the principles, and absolutely not relativistic!

Regarding the synod on the Amazon, the issue of the ordination of married men was raised again. Did you talk about this with the pope?

A bishop asked him the question. The pope did not answer it directly, but he referred to the principle that the Eucharist makes the Church, and the Church makes the Eucharist. For him, we cannot leave the Amazonian communities without the Eucharist for a year. For him, it’s a matter of finding the right pastoral solution.

This is crucial for the West Indies, because here the family was never really built up and structured like it was in Europe, although it is Christian … Marriage is often seen as the completion and not as a prerequisite for life as a couple. We marry couples who have 3 or 4 children and who have already lived together for a long time. We spoke about this during our discussions about WYD in Panama and the World Meeting of Families in Dublin, Ireland.

You visited the Pontifical Council for Culture …

Besides high culture, I wanted to make the voice of popular culture heard, as it is very important in the West Indies. This popular dimension of faith is a true richness, and it is also part of a society’s culture. In Martinique, there is no simmering battle over secularism, as there may be in metropolitan France. It’s much easier for everyone, including the public authorities!

During my visit, I was also able to point out how little the Catholic Church is present on the web. On YouTube, for example, its presence is minimal. Meanwhile, evangelicals are very active and even aggressive in this part of the world, and they reach millions of people.

Is a possible trip to Haiti on the Sovereign Pontiff’s agenda?

Given the very close French-speaking links with this heavily tested island, it seems obvious to us that the pope must come! But there is nothing set yet …