Can a man have a say on the pro-life conversation? 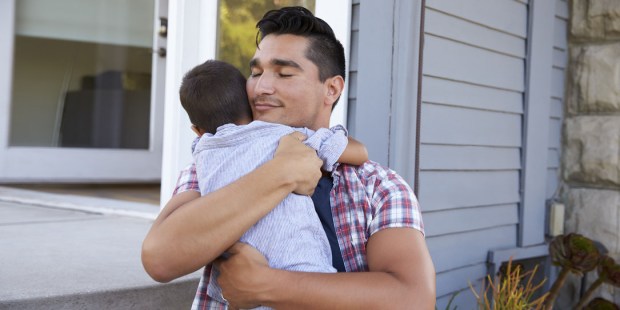 Arguing that abortion is only a woman’s issue negates the obligation men have to care for the women in their lives and the children they father.

Q. I’m involved in a pro-life group at my school and I’ve been told that since I’m a guy I shouldn’t be allowed to have a say or an opinion on abortion. What’s the best way to respond to people like this?

A. An argument like that can’t be taken with any seriousness especially considering the Roe v. Wade panel of judges was made up entirely of men. No too long ago the predominantly male members of Senate voted against a ban on partial birth abortion. Men have always added their influence to the discussion and have had active involvement in abortion policies.

If you were pro-choice this wouldn’t even be a question. Obviously the argument against a male voice in the debate only applies when that voice is in opposition of abortion and arguing for life. It’s simply meant as a means to silence your opinion using your gender as an excuse in the absence of any solid rebuttal.

Men share in half the responsibility of human procreation and make up half the population. Also, it’s not just female babies that get aborted, but male babies as well and with over 50 million fathers having lost children to abortion in the US alone, since 1973, it’s growing increasingly impossible to cling to the “it’s a women’s issue” narrative anymore.

Given those facts, it could be argued that men have a duty to speak out against abortion. Choosing to remain silent and surrendering the debate to only women unduly puts the entire burden of responsibility on them, which is a decidedly anti-feminist. Arguing that abortion is only a woman’s issue negates the obligation men have to care for the women in their lives and the children they father.

Also, claiming that abortion is also only a women’s issue roundly denies that men can be and are deeply affected by abortion.

A recently released study of Men’s Experience of Elective Abortion by Rue and Coyle found:

I applaud your involvement in your school’s pro-life group and hopefully more young men will follow your example. When you support the pro-life movement you show your support for women and men and acknowledge that both genders share in the responsibility of protecting vulnerable life.