An 84-year-old Catholic priest has been murdered in Mexico 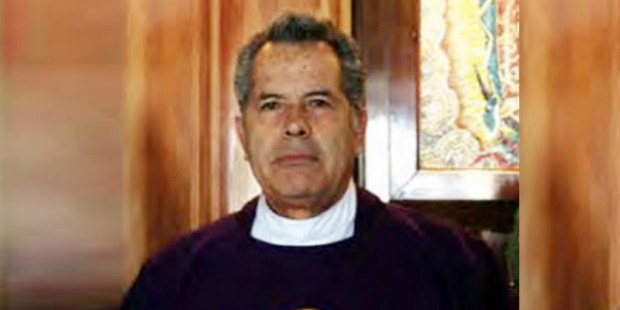 Exclusive interview with a Mexican priest tracking the persecution of the Church in Mexico: “The message is clear: If I can kill a priest, I can kill anyone.”

The Catholic Church in Mexico is experiencing another tragedy during this “black April” marked by the death of priests. On April 25, Fr. Moisés Fabila, the 84-year-old chaplain of the Choir of the Basilica of Our Lady of Guadalupe was found dead in Cuernavaca, the capital of the state of Morelos, south of Mexico City.

The information available to date is that Fr. Moisés had been kidnapped last April 3; the ransom demanded by his captors had been paid, but due to the priest’s delicate health (he was in Cuernavaca to rest, due to illness) he was unable to survive his captivity.

He is the fourth priest to be found dead (three murdered and one the victim of a supposed accident) in less than a week. This chain of homicides makes Mexico the most dangerous place in the world to be a priest, with 24 (or 25) priests having been murdered in the five and a half years during which the current administration of President Enrique Peña Nieto has been in power.

Consequently, we interviewed Pauline priest Fr. Sergio Omar Sotelo, director of the Catholic Multimedia Center, an organization that has become a reference point for investigating, reporting, tracking, and defending the persecuted Church and the priests who have been murdered and tortured in Mexico.

What is the common motive behind the 24 murders of priests during these six years?

The motives are varied; however, in 85% of the cases, the hand of organized crime is present, and its intention is to desacralize priestly ministry. Why? To send a clear message: if I am able to kill a priest, I can kill anyone. The goal is to sow fear and to impose a culture of silence.

Do you think we can speak openly of “hate crimes”—of crimes of hate against the faith?

Clearly, there is hate; it’s the motor that drives the regrettable events we have experienced in recent years. Hate of the faith, of course; their methods—extortion, torture, murder, defamation—are the same in the majority of the cases we have recorded. If this isn’t hate, then I don’t know what we could call it.

Does the CMC keep a record of the impunity that criminals enjoy when it comes to their attacks on priests in Mexico?

Yes, in the book “Tragedy and Crucible of the Priesthood in Mexico” (“Tragedia y Crisol del Sacerdocio en México“), we describe the degree of impunity seen in crimes against the priests who have been murdered over the past 29 years. One aspect that is a manifestation of this phenomenon is, without a doubt, the criminalization and defamation of the murdered priests themselves.

Have the murders resulted in an increase in profanations?

Of course there has been an increase in the profanations, assaults, and robbery of parishes, churches, and cathedrals in the country. As an example, we can simply cite the sad events at the Metropolitan Cathedral of Mexico [where a priest was stabbed and later died], and the bombing of churches in Matamoros, in the state of Tamaulipas, in recent months.

Is there a secret campaign to instill fear among priests, to reduce vocations and to undermine the prestige of the Catholic Church in Mexico?

It’s clear; 24 deaths in five years, and five deaths of priests in less than a month, are a sign that something is happening, that someone [in the government] isn’t doing his job well, and that someone wants to take a stand against the work of the Church in Mexico.