How can any of us possibly relate to a sinless mother of a sinless child? Here’s how 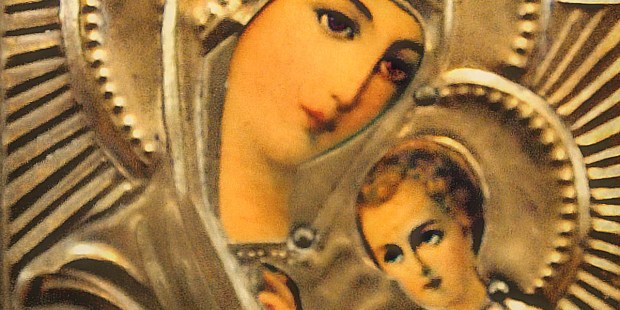 Whatever your struggle as a mother, Mary walks beside you …

The Virgin Mary has always been held up as the perfect image of motherhood, the model every mother ought to imitate. As difficult as it can be to identify with the immaculate Mother of God, it’s easy enough to see the correlation when you’re pregnant with your first child or when you have one healthy baby with nary a touch of colic.

How can any of us possibly relate to a sinless mother of a sinless child?

There are other mothers to look to, of course. St. Zelie Martin when you’re struggling with breastfeeding, Blessed Maria Quattrocchi when you’re facing yet another unexpected pregnancy, or St. Gianna Molla when you’re trying to balance work and family. They’ve experienced the struggle against sin, the experience of being outnumbered by your children, or the difficulties of parenting in the modern world. They’re great saints for struggling moms.

But so is Mary.

Though Mary only had one biological child, she’s the mother of all believers. Which means she’s been mother to the most wayward of children. And while Jesus may have been the only child living in her house, a mother’s heart like Mary’s would have reached out to all the village children, and their parents as well. She must have had to discipline out of control toddlers and speak sternly to hormonal teenagers and weep over her children who had made irrevocably bad choices.

No, Mary never watched her only son spiral into drug addiction, but she is mother to every addict down through the ages. She never lost a child to miscarriage, but she suffered the death of her son. She never placed a child for adoption, but she gave her child up for the salvation of the world.

Mary never struggled with infertility, but I expect she felt some longing as she watched other women nurse their babies when hers was working in the carpenter’s shop with Joseph. And she surely experienced the great cross of spiritual motherhood: that while you love someone with a mother’s love, you don’t have a mother’s right to be in that person’s life. More often than not, you get your spiritual children for a season and miss them forever after it’s time to let them move on; Mary has had that experience in spades.

Mary didn’t have post-partum depression. But she had anguished memories of the children slaughtered in Bethlehem to keep her awake at night as she tried to soothe a teething baby. She had no heartbreaking medical diagnosis to accept, but she held a sleeping 5-year-old who she knew would die a gruesome death.

Mary didn’t have six children under six, but she carried her own water and cooked over a fire, all with the chaos of other people’s little ones running around her kitchen as she gave their mothers a break. She knew the chaos of raising a family, and she knew how to find peace amidst the noise.

Mary knew poverty and uncertainty, even homelessness, not knowing where her baby would lay his head each night. She had a little boy who asked questions she didn’t know how to answer. She had moments of pain, wondering how people would treat him, whether they would hurt him before his time. She stood at her doorstep and watched her little boy go off into the big world, then walked back into a home that felt very empty without him.

After the resurrection, when she took her place in the upper room with the Apostles, Mary was an adoptive mother. And as they went to their deaths, she saw one after another of her children killed by violence. From her place by the throne of God, she sees her little ones hating and attacking each other. She watched as Christian killed Christian all across Europe in the Reformation. She’s wept to see men baptized into Jesus build gas chambers and form lynch mobs and take up scalpels in the name of choice.

Whatever your struggle as a mother, Mary walks beside you. In your deep joy, she rejoices with you. Whether you’re overwhelmed with small children, mourning lost children, hoping for future children, missing children placed for adoption, wondering about children who never call, struggling to mother stepchildren, grieving the choices made by children far from Christ, or any of the million other ways of mothering, Mary, your mother, understands.

This Mother’s Day, let’s celebrate the gift of our Mother who teaches us how to mother in every possible way.