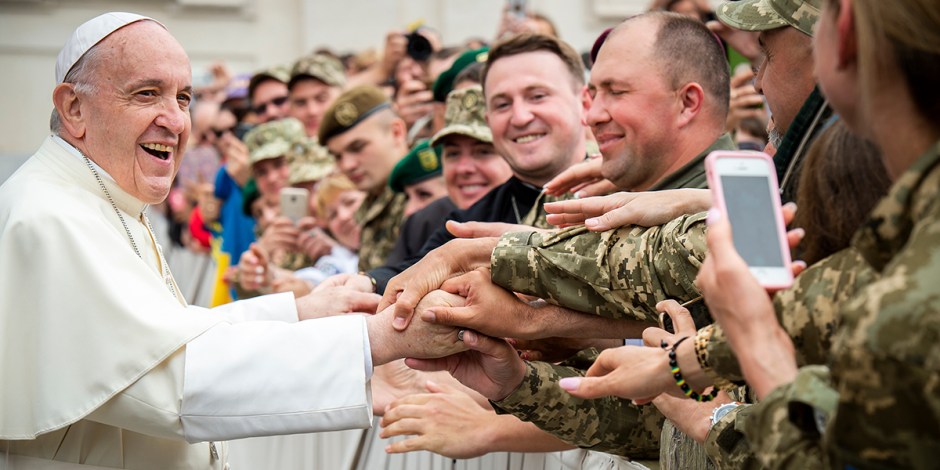 On May 23, 2018, after the General Audience in St. Peter’s Square, Pope Francis met with members of the Armed Forces of Ukraine, the National Guard of Ukraine, the State Border Guard Service of Ukraine, wounded ATO soldiers, widows who lost their husbands in the war, cadets and members of the orchestra of Petro Sahaidachny National Army Academy who attended the General Papal Audience on St. Peter’s Square in the Vatican. The delegation was led by bishop Mykhailo Koltun, the head of the Military Chaplaincy Department of Patriarchal Curia of UGCC [the Ukrainian Greek-Catholic Church], Embassy of Ukraine at the Holy See.

Read more : Pope Francis: How do you pray when someone asks you to pray for him?