A free CD of new Catholic music for Aleteia’s readers 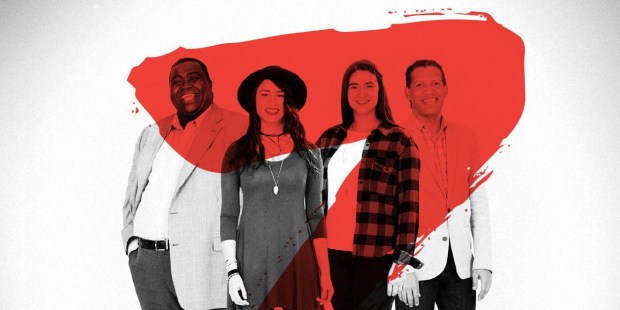 A special gift of the new video and album by Catholic Dominican band Alfareros.

Alfareros (“Potters”) began in 1995 on the occasion of a Corpus Christi Mass in the city of La Romana in the Dominican Republic, when a group of young people decided to introduce various musical elements that weren’t usual in their country at that time, such as drums, bass guitars, keyboards, the güira (a hand-held Dominican percussion instrument), and others. Starting from there, they began to compose new songs and to receive invitations to play at different locations in the Dominican Republic.

Today, Alfareros has brought its musical mission to all of Latin America, the United States, and Brazil, and participated in the World Youth Days in Australia and Brazil, where they played during central events. So far, Alfareros has released 7 albums and 2 DVDs of concerts; the band currently consists of musicians and vocalists from various parts of Latin America, united by a shared love for preaching the Good News of Jesus Christ everywhere God takes them.

The members of Alfareros are:

Ceciliia Music got the chance to interview Alfareros about their new album and how their Catholic faith has inspired their music.

CECILIA MUSIC: You have just released a wonderful video called “Nadie que no seas tu” (“Nobody but you”) and and the new album 70 veces 7 (70 Times 7) for free … This is indeed a wonderful gift!

In the 2014, we went on a retreat in Mexico, during which we prayed, fasted, and wrote some of the songs on this album. However, every time we wanted to prepare ourselves to record the album, we felt it wasn’t God’s time for it yet. So, we kept waiting until God gave us the exact moment to release the disc.

We recorded in more than 10 recording studios, most of them being the personal studios of the musicians who participated in making the album. Of our CDs, it’s the one with the largest number of artists and collaborations.

We feel without a doubt that this CD is the best work that God has given us; it’s the best thing that Alfareros, with the help of God, has made up until now.

Starting in 2011, with the release of the album Todo mi Amor es para Ti (All My Love Is For You), we felt that God wanted our music to reach people’s hearts, in a very simple way, because at that time it was difficult for Catholic music to reach the farthest corners of every country in Latin America, or even entire countries of other continents. So, based on that, we released all our music for free. Not just what we released starting in 2011, but all of our productions, including 70 veces 7, and also the chords and sheet music. This has been a blessing for our ministry, because today many more people can listen to the lyrics and melodies that God places in our hearts, and we can take advantage of digital platforms to evangelize more people.

In 2014, during a retreat in Mexico, we did a meditation on the reading of Matthew 18:21-35. We discovered great richness in that reading, where Jesus teaches us to forgive as many times as necessary, but we also saw that it invites us to be more loving, practice more solidarity, and be better human beings 70 times 7; we believe that’s where the CD’s name came from.

“Nadie que no seas tu” (“Nobody But You”) is one of the most beautiful Catholic videos we’ve ever seen. But let’s talk about the song … It really inspired us… What is the inspiration behind it?

The song tells the story of someone who decided to entrust his entire life to God, who decided to seek peace only in His light and in the love that only He gives. It describes the constant search of our Faith, and the encounter with Jesus who responds to our every preoccupation, every doubt, every moment of crisis—at whose feet we sit in search of peace and blessing.

How does Catholic faith inspire your music?

Our Catholic faith is what moves us everywhere we go, what brings us close to our brothers and sisters, what makes us feel like part of a great universal family, but above all it’s what teaches us about our dignity as children of God, Mary’s protection as Mother of the Church, how to be disciples of Jesus, and to know that we have, in the Holy Spirit, the consolation and the promise of Jesus Himself.

Regarding musical styles: we have 80s rock with a touch of taiko (Japanese drum), or pop rock incorporating the tabla (an Indian percussion instrument), as well as tropical rhythms, with which we make a fusion of various styles.

70 veces 7 was produced in collaboration with internationally recognized musicians such as Dan Warner (guitar), Lee Levin (drums), and Bruno Zuccheti, who as individual musicians work for artists such as Ricardo Arjona, Alejandro Sanz, Luis Fonsi, Eros Ramazzotti, and Laura Pausini. Richard Bravo, the drummer for Juanes, also participated in the album. Another great collaboration is that of percussionist Marvin B. Gordy, who has worked on films such as Transformers: Age of Extinction, X-Men United, and Despicable Me 2, among others.

For the song “Grandiosa,” which is on this album, we had the blessing of the collaboration of three young women with spectacular voices: Itala Rodriguez, from Peru; Veronica Sanfilippo, from Argentina; and Juliana Limah, from Brazil, who helped us to make the Portuguese version of that song.

What do you have in the works now?

Right now, we are promoting this new album, 70 Times 7, and the new video of the song “Nobody But You,” and we are preparing ourselves for what God has ready for us, the 70 Veces 7 Tour. It’ll be something truly special, with many blessings.

Soon, the promotional materials will be released, and those who want the tour to pass through their cities or communities can write to booking@alfareros.do

People can download our new album on all digital platforms and on our web page: