Meet Marguerite Bourgeoys, a Canadian saint who zealously worked for the poorest of society 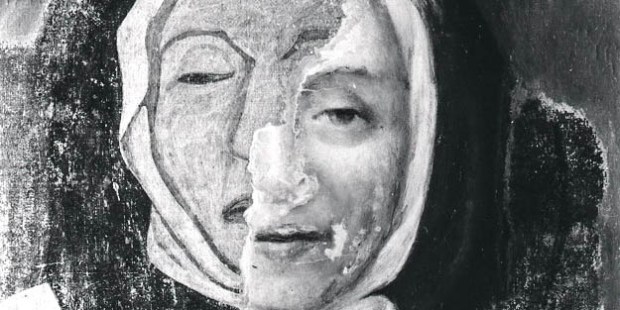 Bourgeoys felt called to live among the less fortunate, helping them in their every need.

Many came over to the New World looking forward to the promise of a new life with an abundance of opportunities. However, these dreams were not always fulfilled and often immigrants were forced to live on the streets, using every ounce of their energy to survive.

This was the dire situation that Marguerite Bourgeoys encountered when she traveled to New France (Canada) in 1653. Bourgeoys was drawn to the New World not because she hoped for a new beginning, but because she saw an urgent need to teach these suffering souls. The governor of the new settlement needed someone to teach the French and Native children and she eagerly responded. This desire was later confirmed by the Blessed Mother, who said to her, “Go, I will not forsake you.”

She did not waste time and by 1658, Bourgeoys opened the first school in Montreal. Besides teaching children, Bourgeoys was a strong advocate for women and taught them the skills necessary to run a home in the New World. Above all she gave the settlement all the attention it needed, and soon she was called “Mother of the Colony.”

Her work was greatly needed and eventually recognized by the King of France, Louis XIV. He encouraged her and wrote a letter, saying, ““Not only has she performed the office of schoolmistress by giving free instruction to the young girls in all the occupations that make them capable of earning their livelihood, but, far from being a liability to the country, she has built permanent buildings, cleared land-concessions, set up a farm …”

After several trips back to France, Bourgeoys began to attract a group of women who wanted to follow her and teach in New France. They joined her in prayer and desired to serve others, especially the poor. This formed a new type of religious congregation, one that was uncloistered, an innovation at the time. After much trouble, Bourgeoys established the Congregation of Notre Dame of Montreal, which was officially approved in 1698.

Bourgeoys greatly valued education, especially the education of poor girls, which is why she opened schools that provided free education. She said, “To be able to give free instruction, the sisters content themselves with a minimum, do without everything and live sparsely everywhere.” Furthermore, she held up the sisters to a high standard, explaining, “The sisters must take the trouble to acquire knowledge and skill for all kinds of tasks. The members of the Congrégation sacrifice their health, their satisfaction and their rest for the sake of the girls they teach.”

She also limited the use of corporal punishment (an established practice at the time) in her schools, writing that chastisement should be used “very rarely, always with prudence and extreme moderation, it being remembered that one is in the presence of God.”

When she died in 1700, Bourgeoys left a profound legacy in Canada, and many saw her as a saint well before she was canonized in 1982. Her heroic life of self-sacrifice was inspiring and the foundations she laid in Montreal endure to this day.