This might be the shortest prayer in the Old Testament 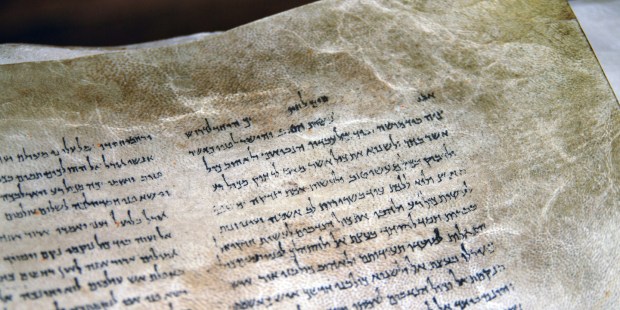 When Moses prayed for Miriam’s health, he went straight to the point.

The shortest prayer in the New Testament –- and in the whole Bible — is relatively well known. Matthew 14:24-31 tells the story of Jesus walking on the surface of raging waters to reach his disciples’ boat. As he saw him coming, Peter asked him if he could join him. Jesus simply replied, “Come.” As Peter walked on the water, he was (understandably) afraid and began to sink. That’s when he came up with the shortest prayer in the Bible: “Lord, save me!” Clear, simple, straight to the point.

The Bible (both the Greek and the Hebrew; that is, the New and the Old Testaments) abounds in such simple, down-to-earth, short prayers. The shortest one in the Old Testament is found in the book of Numbers 12:13. The English translation kept the length of the original Hebrew: it’s a 5-word-long sentence.

In the book of Numbers we read that Miriam (Moses’ and Aaron’s sister) is a victim of leprosy after mocking Moses’ wife. Moses then prays to God to restore his sister’s health, with what has deemed to be the briefest prayer in the Old Testament, and surely one of the most honest, simple, and straightforward ones. Moses simply prays: “My God, please, heal her!” (Cf. Num. 12:13).

The English translation sounds very simple. But the original Hebrew is a tad more poetic, and has an interesting phonetic twist. Transliterated from the Hebrew alphabet to the Latin one, the text reads “El na refah na la.” As explained in this post published by the Israel Institute of Biblical Studies, this five-word phrase is perfectly symmetrical:

“The central word refah means ‘to heal.’ It is surrounded on both sides by the word na, which means ‘please.’ The two most external words are El (‘God’) and la (‘her’), which contain the sound of [the letter] L. This short phrase has poetic symmetry, where the repetition of the word ‘please’ reinforces the prayer of Moses.”

Both Peter’s and Moses’ prayers seem to confirm what the great Iberian mystic of the 16th century, St. Teresa of Ávila, once wrote: “The closer one approaches to God, the simpler one becomes.”